Sacrifice, nostalgia, and a return to normalcy 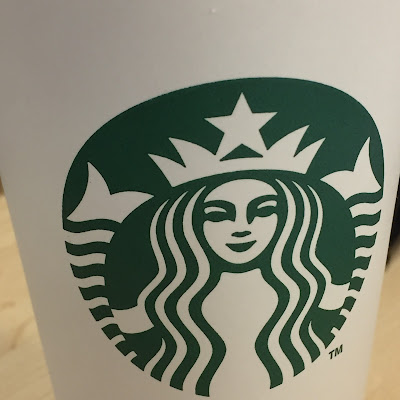 We are sixteen days into Lent. Almost half-way through it! I'm using these forty days as a way to kick-start weight loss after four solid months of recipes testing (bread! pastry! sugar! cookies! more bread!). After decades of dabbling in diets and reaching for a healthy lifestyle, I know that the only way I can lose a few pounds is by eschewing the stuff I love most: bread, sugar, and simple carbs in general.

Living in this chaotic unpredictable world, the things I've been craving most (since the election and oh god, the inauguration) are these flavors I obsess over, so this particular round of dieting is more painful than it has been in the past. I am grateful that our local Starbuck's is open in the early mornings again, after weeks without them. I'll take a return to normalcy anywhere I can get it.

I've also been feeling rather nostalgic. If you are of a certain age and raised in Minnesota, especially the Twin Cities, you have a history with the department store known as Dayton's. For 100 years Dayton's reigned supreme, a beacon of good taste and amazing customer service. While the store changed hands (and names) a few times since 2001, those of us who grew up with it still refer to the stores that once were as Dayton's. The flagship store was in Minneapolis, and this month the building was sold and we said goodbye to what it represented for all these decades.

The Minnesota goodbye is a well known phenomenon. We start to leave a party about an hour before we actually go, standing at the door chatting, hugging, discussing the weather. Our collective Minnesota goodbye to Dayton's took sixteen years.

A friend of mine recently completed her novel "The Daytonians". Catherine Dehdashti generously allowed me to read her draft before it was sent to the publisher, and it was perfect timing. The plot is plump with characters who revolve around the Minneapolis Dayton's, and it reads like a love letter to our community, and to Minnesota values: friends, family, education, history, relevance, the weather, civil rights, important traditions that unite us, and popovers. (Look for "The Daytonians" in stores and online soon!)

The comfort of the familiar is exactly what I need, what we all need.

And at night I dream of pizzas, pastries, warm crusty bread dribbling with melty butter... a better world for us all.
Email Post
Labels: baking breakfast coffee Dayton's Minneapolis