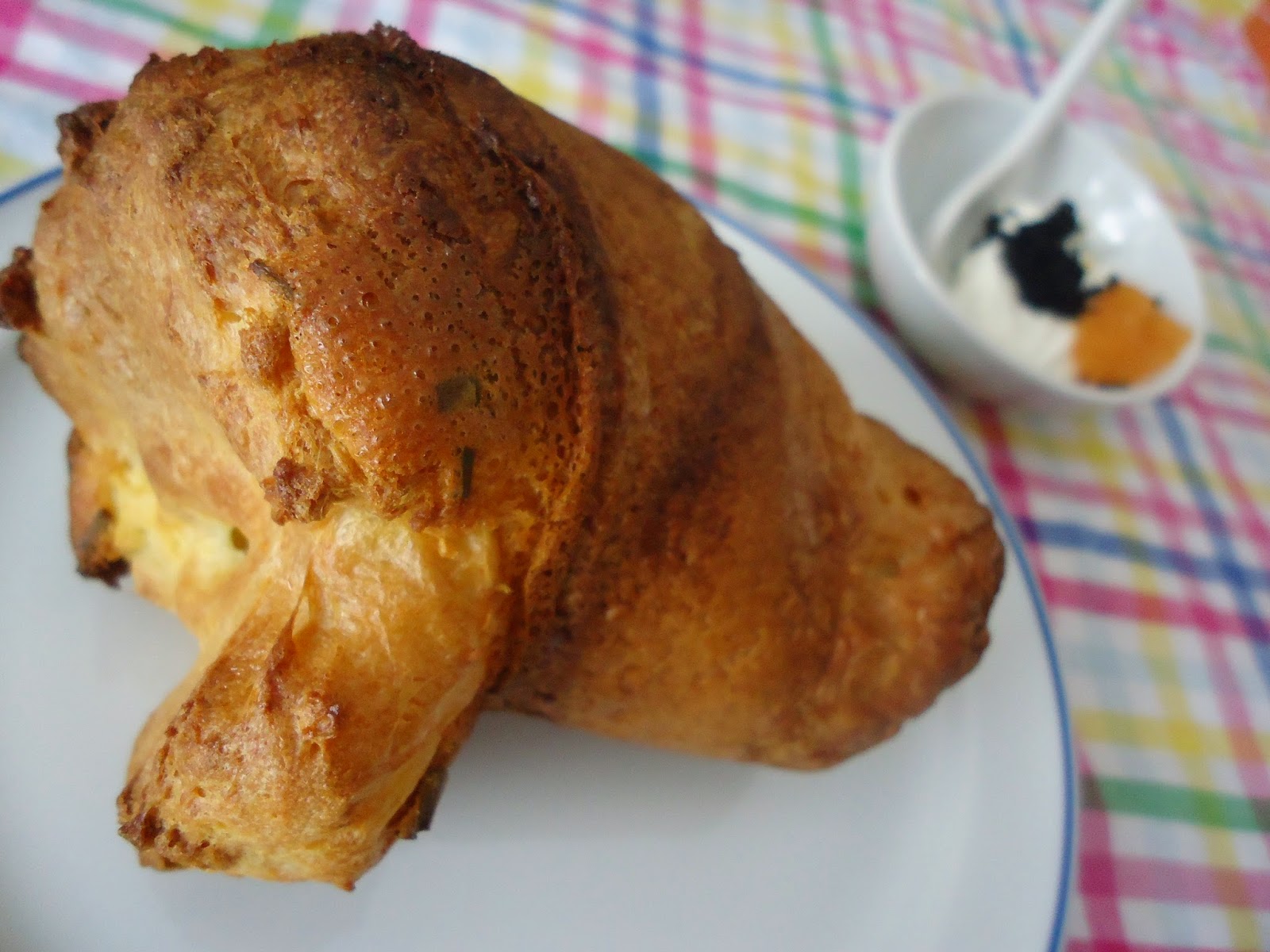 A few weeks ago I wrote about my nostalgic love of supper clubs and cafeterias. The topic was inspired by StarTribune food writer Rick Nelson who posted "Best of the Twin Cities, 1964 edition" back in February. Nelson detailed Minneapolis Tribune writer Will Jones' piece about a month of places to dine in the Twin Cities. Jones' thoughts on The Normandy Village (now known as The Normandy Kitchen) guided my hunger.


“They put you in a good frame of mind here by presenting you immediately, not with the usual relish or hors d’oeuvres tray, but with a pot of caviar, some crackers and a cheese board with a wedge of Roquefort. Presently, they pass hot popovers, and if you think to ask the waitress for the sour cream that would normally be delivered later with the baked potato, you can concoct a magnificent delicacy: hot popover, sour cream, caviar.”

Not just double decadence, but a triple threat! I needed to recreate that combination of flavors and luxury.

To keep everything in a Twin Cities mindset I dug out the old standby, Dayton's Popover recipe, and headed to Coastal Seafood for two tubs of inexpensive caviar: flying fish (tobiko) and herring roe. Sour cream, a snip of chives, and a pat or two of room temperature butter completed my table.

Why aren't popovers served with sour cream and caviar a thing? This combo should grace menus across Minnesota. Until then, come to my kitchen and we'll toast to Will Jones' good sense.

In a medium bowl, using an electric mixer on medium-high speed, beat eggs until frothy. Add milk and butter and mix well. Reduce speed to low and add flour and salt and mix until just combined.

Allow the batter to rest for 15 to 30 minutes. Divide batter among pans, filling each cup just under half full (fill empty cups halfway with water). Bake for 30 to 40 minutes (do not open oven door) until popovers are puffy and well-browned.

*Adapted from "The Marshall Field's Cookbook." 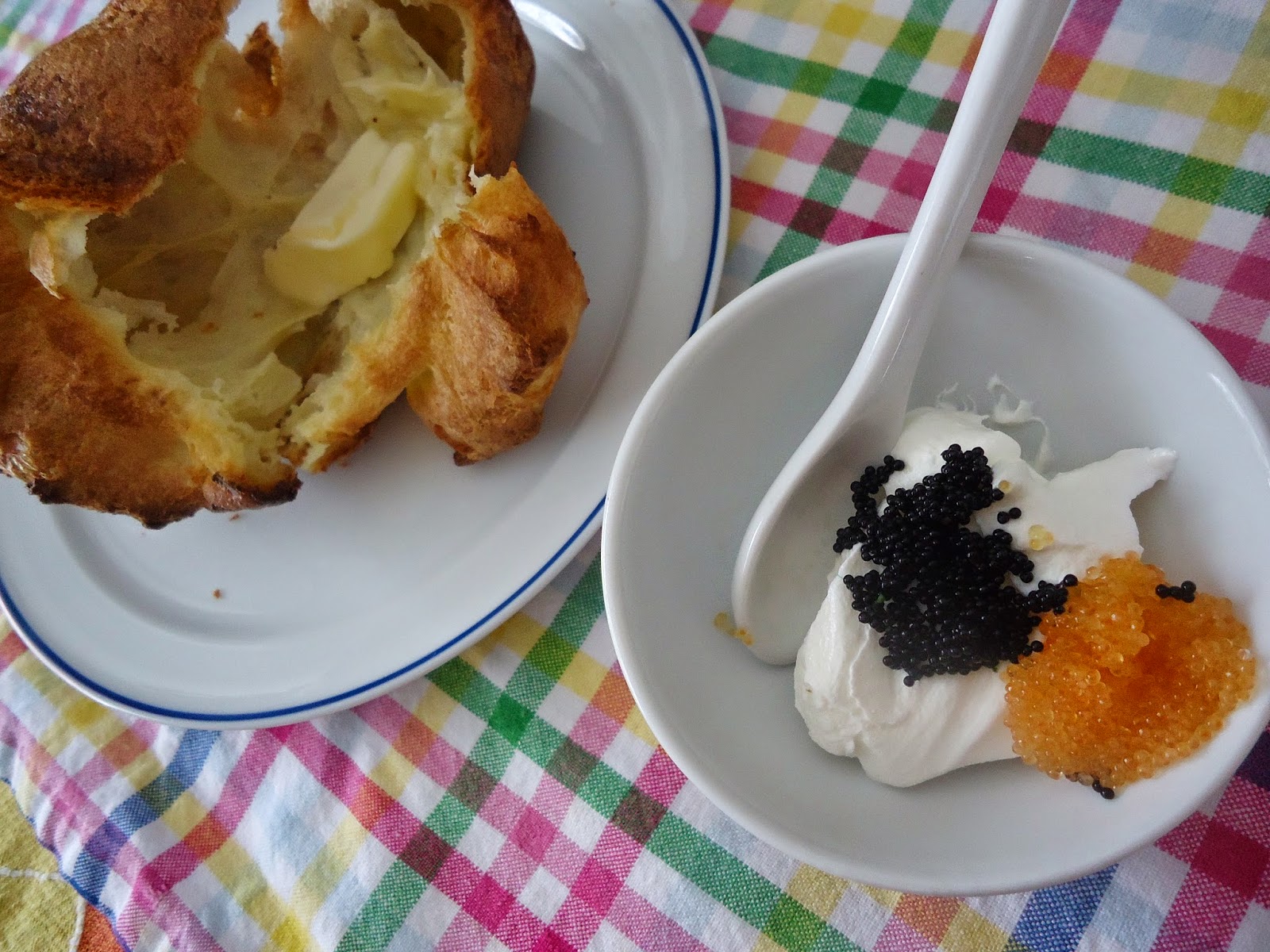 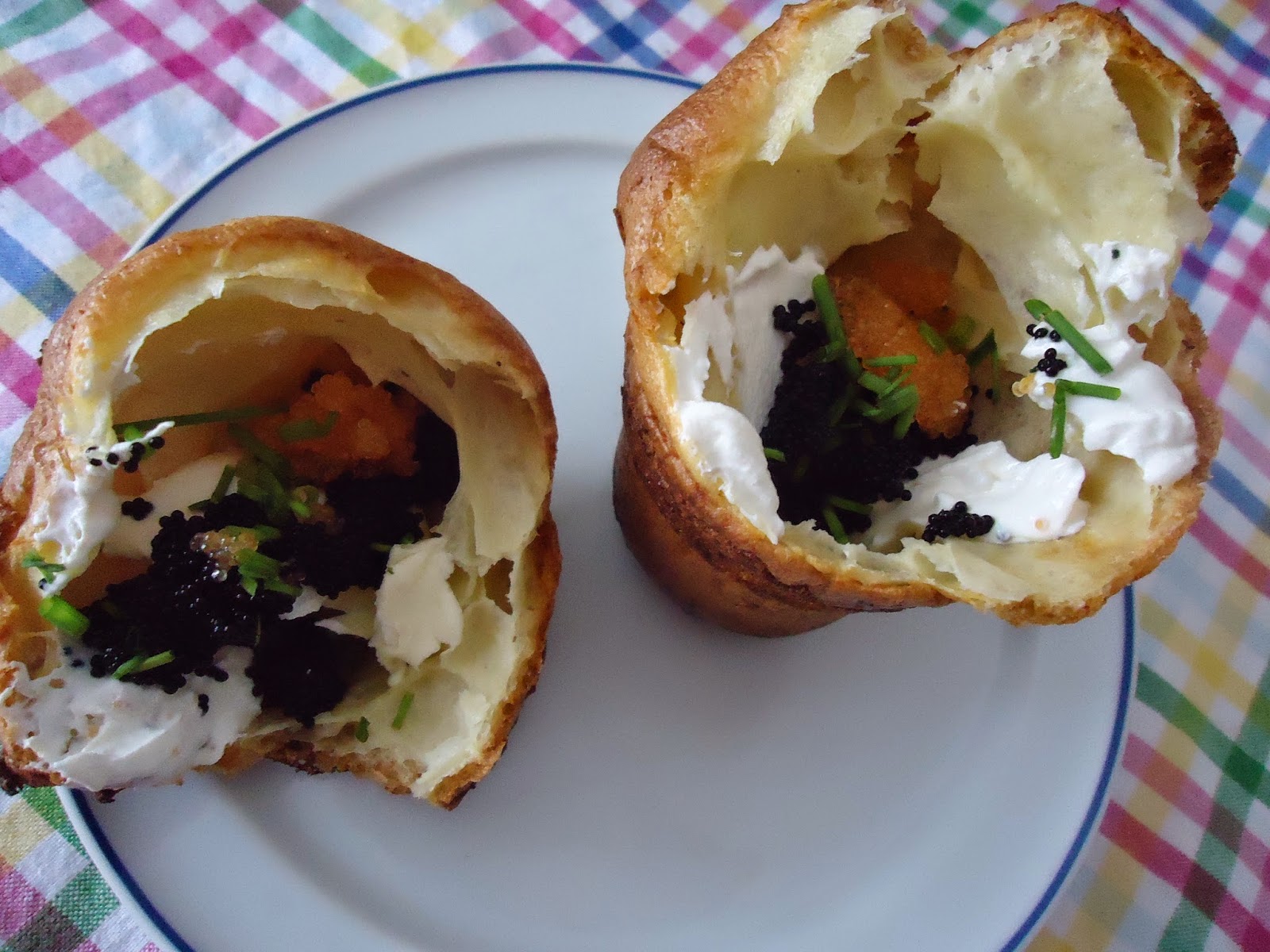