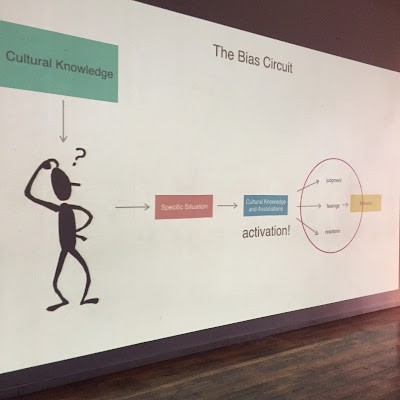 If you spend anytime on public transit in the Twin Cities, you know that every route has its own fragrance. The Green Line has a powdered carpet cleaner odor infused with booze, the 21 smells of cigarettes and cotton candy, the 223 of  Chipotle, while the 5 is all-weed all-booze all-the-time. Bus stops are also distinguishable by their perfume. The stop at 8th and Nicollet in downtown Minneapolis reeks of urine. The stop on Rice and Little Canada Road includes whiffs of fried burgers and cinnamon donuts.

If you spend anytime on public transit in the Twin Cities, you've seen a few illegal activities happening either on route or at a stop. There are drug deals, drunks, and violence. I am often approached by other riders who ask for cigarettes, a transfer, and spare change. We all become the personality of Metro Transit.

At the mall where I transfer from one bus to another, I've experienced an uptick of kids asking me for money and men asking for dates. I've learned to steel myself for the 20 minute wait between buses, knowing that most days I'm going to get hassled when all I really want is to mind my own business and get home.

A few weeks ago I was enjoying a warm sunny day outside of the mall, waiting for my bus. A man with his phone was taking pictures of the restaurants that line the sidewalk. He had a thick accent, and asked me "Take photo?"

I am forever lost in the belief that I am still 19 years old and good looking, so of course I assumed the man wanted to take a photo of me. "No thanks," I answered brightly.

I smiled blankly and looked down at my book.

A moment later the man approached another bus stopper, and the bus stop guy gladly (and kindly) took a photo of the man in front of an opening-soon restaurant where he had recently been hired.

There are many times every day that I feel like a jerk, but that may have been my jerkiest moment of the year. I am so filled with bias, so jaded from my public transit experiences, that I cannot gaze upon reality without my bus stop-filtered glasses. Here I am, supporter of immigrants and loud voice of liberal leanings, and I couldn't even be decent toward an immigrant stranger celebrating his new job.

Last week I attended a sort of theatrical conversation in Minneapolis called "Odd Socks." The evening's topic was Appetites and Bias: Jessica Nordell spoke about gender bias (describing her experiences writing as J.D. rather than Jessica) and Beth Dooley spoke about agricultural bias (and the unintended repercussions of innovative attempts to feed the world). The two themes wove perfectly into my leftover feelings of jerkiness and bus bias.

The smells of transit and the personalities of our collective ridership are just part of the experience. It's only recently that I've put my guard up so high especially at the mall bus stop. I've always felt comfortable mingling with strangers on the bus. Sure, there have been a few interactions that made me nervous, but I have plenty of uncomfortable interactions with strangers, friends, and family alike and usually not while I am on public transit. What on earth is feeding this irrational sense of self-protection and jerkiness?

I wonder if there is a 12 step program for bias. Is the first step like in AA where you admit you have a problem? Maybe the second step is learning to check yourself as you experience the inner dialogue of prejudice. I'm working on it.