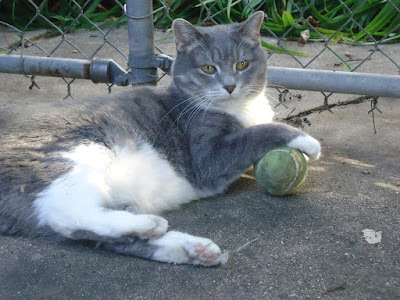 I met Olive when she was a kitten, the last to be adopted from a litter born under a porch to feral parents. She was fuzzy round and gray, and played hide and seek with me under a large dining room table in the home of the woman who discovered the cats. On the ride back to my apartment Olive scrambled under the driver’s seat and found a way to wedge herself beneath the gas pedal as the car hurled down I-94. Olive always had a way of making her presence known.

Olive moved in with us so that our cat Haley, who seemed depressed and lonely after the death of our guinea pig, would have a kitty companion. Olive followed Haley everywhere, whether or not Haley wanted her to, ever the annoying little sister. 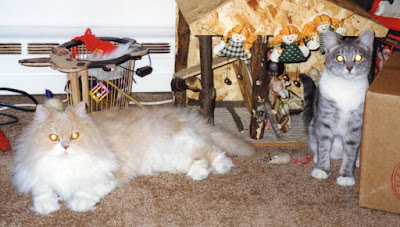 Olive was fearless, athletic, curious, and always looking for a warm lap to lay in. She was fixated on Q-tips and from a standing position could jump more than six feet in the air to retrieve one from shelves where T would hide them. She was a legendary mouser. She was also the smartest cat I’ve ever known: T and I once witnessed Olive use a stick to recover her favorite toy from underneath the refrigerator.

Olive was mischievous and found trouble everywhere. She killed plants, attacked guests who didn’t greet her properly, and collected soft toys. We called her soft toys babies, and grew used to hearing Olive wail as she carried her babies in her mouth from room to room. She loved to bite my arms and she rubbed her gums on computers (especially while we were trying to use them). She sat at T’s side through every hour of homework done to complete his teaching certification and master's degree, and every moment he spent creating lesson plans. She had a nose for seafood and came running whenever salmon, crab, or shrimp were on the menu. She loved laying on the warm cement and eating the grass and catnip that grows in our enclosed catio. She was obsessed with tennis balls and loved to use all four paws to knead her stuffed animal boyfriend. She spent many nights snuggling under the covers with us, and snored so loudly that we couldn't sleep. 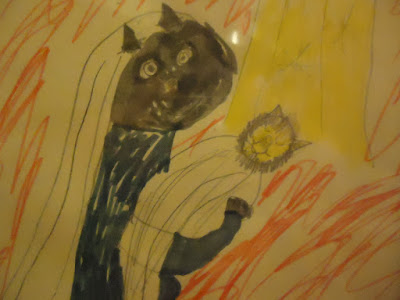 Olive as the Virgin Mary, as drawn by my niece Terese

Olive was twelve years old when her sister Haley died. T started spending a lot more time alone with Olive, and even bought her a Cat App for their iPad.  He called her Toonces (after the SNL cat who notoriously drove cars off the road), insisting on taking her along for "quick road trips" to the convenience store so that Olive could sit on T's lap and help steer the car. T even confessed that he created a YouTube channel titled "Olive's Favorites" and the two of them watched hours of kitty videos together. 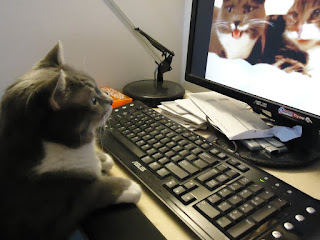 When Oskar moved in with us, Olive was not pleased. She went from Haley’s annoying little sister to Oskar’s annoyed older sister. It wasn’t until Orson moved in with us that Olive learned to accept friendship and love from her cat brothers. She even allowed her brothers to groom her, although she rarely reciprocated the task.

Olive was a few months’ shy of 18 years old, and her health continued to decline (Although she still played like a kitten and chased her favorite tennis ball.). After many painful discussions, we decided it was time to let Olive go. Her favorite times of the day were meals, and on her final night with us she feasted on crab and shrimp.

After a full life of adventure, Olive, a.k.a. Olivia, Kitty, Mauve Maude, and Toonces, died peacefully in our arms last Saturday. Our house is a little quieter now, and my lap is empty. Oskar and Orson seem confused about her absence. Honestly, T and I are a little confused as well. That tiny cat made our house noisy and full. 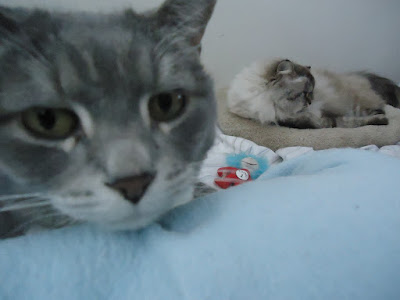 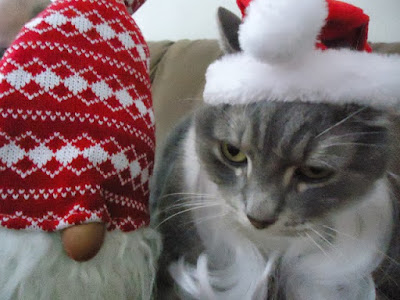 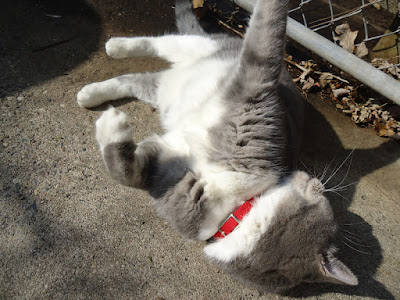 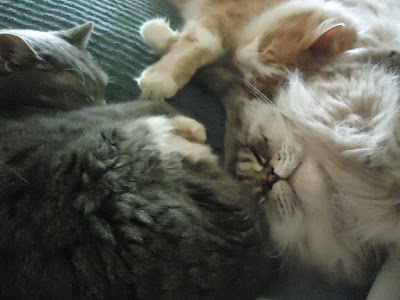 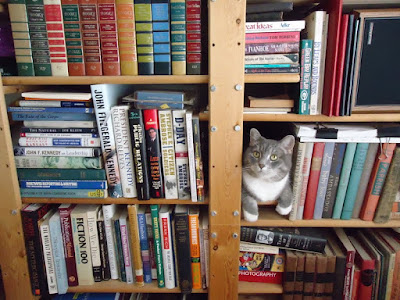