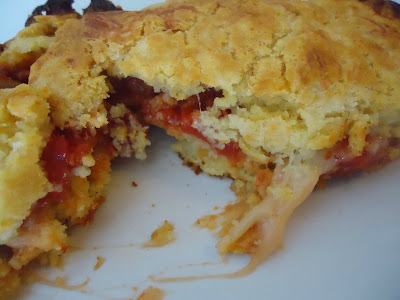 A friend and I sneaked away from the office for lunch. Waiting at the bus stop for the ride back to campus we started chatting with two other women vying to catch some heat from the overhead lamp. The conversation swerved toward song lyrics and the older woman started quoting lyrics from an old Grandmaster Flash song (Seriously, she was in her eighties.). We were all impressed, and said our goodbyes as the buses pulled up.

On the ride back to work my friend commented that I make friends wherever I go. It is true. I meet fascinating strangers all of the time, and it never occurred to me that this was out of the norm."I never talk to anyone in public," my friend explained.

We've all been in those moods when cheery smalltalk would send us over the edge. But nine times out of ten I get a kick out of listening to the stories other people have to tell. It probably comes from watching my mother over the years. She smiles at everyone and chats with strangers in the grocery store about their favorite way to cook a roast. She greets children and the elderly alike, treating people as though they were friends. Most folks warm up to her immediately. There is nothing suspicious about her, this tall beauty with the big smile.

I, on the other hand, have met a few strangers who prefer to remain strange. Last year we were in line at our neighborhood deli and I admired a little girl's glasses. I said something innocuous to the parents like, "Wow, those are really cute glasses. You girls are so stylish." The parents were not pleased and swiftly escorted their two daughters away from the line, loudly commenting about being accosted. That experience really had me reeling. My intent was misread or simply unwanted. It was a long time before I spoke to a child or about a child in public again.

But most days I cannot help myself. Last month I grabbed an hour of shopping before the Holiday rush pushed me out of the malls. I found myself chatting with the most interesting woman, asking about her Thanksgiving and Christmas food traditions. I came out of that store with a cute new skirt and a fascinating recipe for something called "Cornbread Spaghetti." I finally tried the recipe over the weekend, and wrote about it in this week's "Called to the Table."
Email Post
Labels: following the rules good manners Riding The Bus