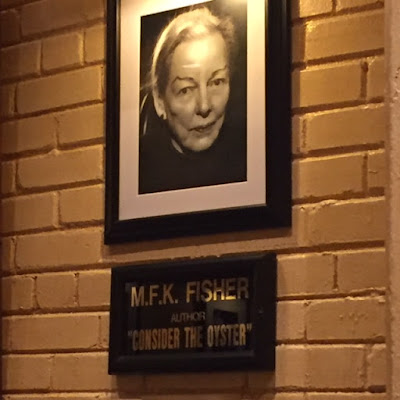 My Grandpa Johnson gave the best presents. He adored all five of his granddaughters, and we knew it. The little wooden jewelry box with the elegant ballerina that popped up to dance to "Fly Me to the Moon" was one of my favorite gifts, not because I was a girlie girl who loved jewels and ballet, but because as soon as I was alone with the box I ripped the dancer from her pedestal to get to the musical mechanism and learn how the music magically played.

A gold cylinder with pointy knobs, like braille, revolved underneath a golden comb with skinny teeth. As the cylinder looped around and around the teeth plunked and pinged a tinny rendition of Sinatra's hit. It was endlessly fascinating. So fascinating that eventually the ballerina was lost but I didn't care. I just watched the cylinder loop and listened to the teeth ping.

Grandpa has been gone for twenty years, but whenever I hear "Fly Me to the Moon" I remember how much he loved me and I feel his presence. Funny thing is that song plays at the most random places during special times in my life, usually when something poignant is happening. It is as if Grandpa is reminding me to appreciate this adventure, this life, and how lucky I am to have such an immense worth of opportunities.

In March I spent a weekend in Chicago with the good folks from Nordic Ware, demonstrating at The International Home + Housewares Show. It was my third year at the show, and I especially enjoy the Saturday evening dinners at one of Chicago's hotspots. This year was no different, and during the ride to Shaw's Crab House I told the story of Grandpa's music box and how I've heard "Fly Me to the Moon" after my first meeting with my publishing coach, while dining in Sweden, and during other momentous times. The car pulled up to Shaw's, and as we approached the entrance we could hear "Fly Me to the Moon" playing loudly. Grandpa was making a point.

Inside Shaw's we sat with the large group of Nordic Ware peeps in the oyster room where the walls are lined with photos of important food personalities who dined in the restaurant. Prominently displayed among the fishers and chefs was a portrait of M.F.K. Fisher, the most inspirational food writer I've ever read. Thanks, Grandpa.

I began this blog nearly ten years ago when I decided my life was going to be an adventure. The first event I wrote about was my week in D.C. with the University of Minnesota's Solar House team competing in the solar house decathlon. Since then I've recorded the mundane, the glorious, and opportunities that were given to me that I had never dared to dream about. Funny that ten years after the decathlon I returned to D.C. to judge the Minnesota Congressional Delegation Hotdish Contest. It has been a heck of an adventure. 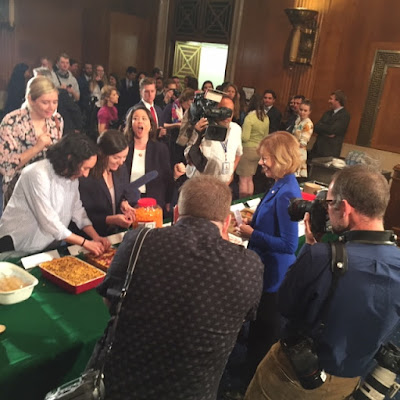 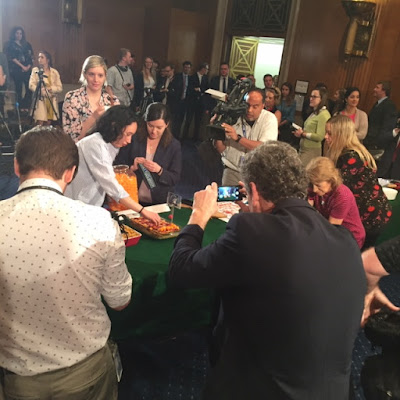 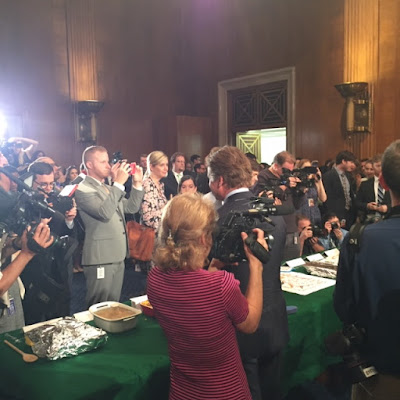 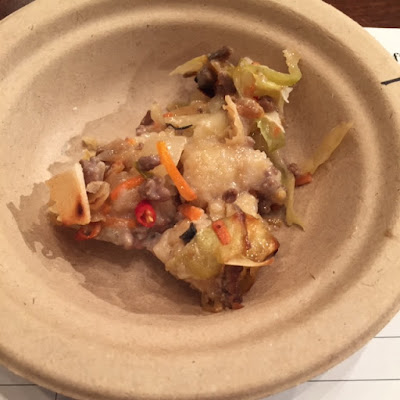 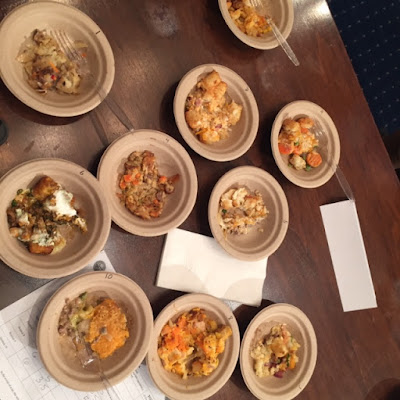 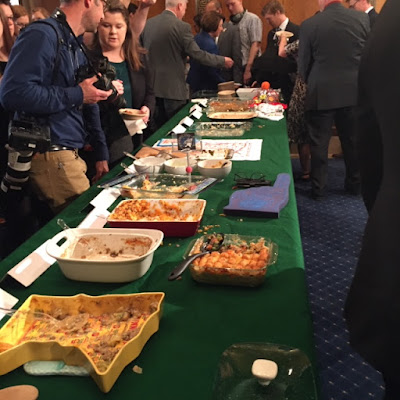 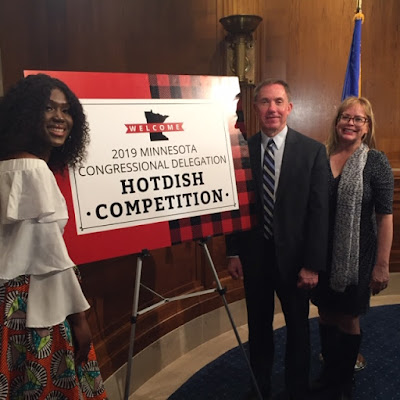