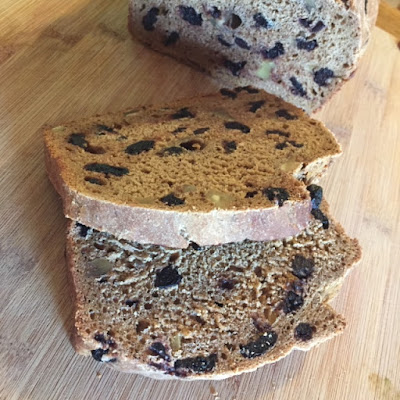 Twenty years ago the modern food scene was in its infancy. The Food Network stumbled onto American cable television, food magazines were crazy popular, and international chefs were gaining fame and becoming celebrities.

Twin Cities food personality, Sue Zelickson, hosted a monthly Cookbook Club at our neighborhood Barnes and Noble and I attended religiously. Sue brought in chefs, food writers, and editors from around the country to talk about their latest projects. I remember the summer evening when she concluded our meeting with the announcement that a fancy Swedish restaurant was coming to Minneapolis. The mother restaurant was located in New York City, and its young famous Swedish chef would lead both locations.

Naive and laden with all sorts of misconceptions about what defined Swedish food (and Swedishness in general), I scoffed at the idea of a fancy Swedish restaurant. I'd grown up in Minnesota where Swedish food was what we ate on Christmas Eve. The white plate, as it was commonly referred to, consisted of meatballs smothered in cream sauce, boiled potatoes smothered in melted butter, fruit salad made of mostly whipped cream, and lutfisk bathing in the aforementioned cream sauce and melted butter. We borrowed lefse (flat soft bread made of potatoes and cream; a potato tortilla) from our Norwegian neighbors, warmed it, and slathered each delicate round with more butter. My family added macaroni and cheese to the julbord, and the beige of that dish added as much color as we could handle.

I had no clue that food, like art and culture, is dynamic. Food is influenced by health, wealth, travel, politics, religion, economy, immigration, availability, convenience, etc. etc. etc. Food IS art, food IS culture, and it evolves according to the trends that influence it. My family's Swedish julbord was trapped in a time capsule. We celebrated Christmas by honoring the past and eating the foods that our great grandparents brought with them to America. Back in Sweden the people had moved forward, and modern Swedes had extraordinary ideas about food.

Restaurant Aquavit opened to much fanfare in the IDS center in downtown Minneapolis. Its acclaimed chef, Marcus Samuelsson, quickly acquired a reputation for cooking food as beautiful as it was delicious. Food critic Jeremy Iggers described the dining experience at Aquavit as "sublime."

My friend Kathryn scored a gift certificate for Aquavit and brought me there to celebrate my 33rd birthday. Neither of us knew what to expect, but the gift certificate was generous and we decided to dine the right way by ordering the tasting menu, paired with wine and shots of aquavit. We made the right choice.

We were seated in the dining room which was decorated in a clean, modern Nordic style. Before our meal began a server greeted us with a basket of assorted breads. (Remember the bread basket?!?! Oh how I long for its return.) A generously buttered, slightly sweet, blueberry slice was my very first taste that evening. It was followed by an amuse of tuna tartar tucked into a tiny taro root shell. The tuna was followed by a fish course, duck, venison, beef, and on and on the meal went.

Kathryn and I did not speak for the first five courses. We were overwhelmed. It was spiritual; nurturing every one of our senses.

I've since learned that the key to Nordic food is a balance of flavor, texture, and color. This is the same aesthetic that I've come to associate with all things Nordic.

Flash forward twenty years, and I look back on that meal as the epiphany that changed the direction of my life. I take the serenity of that evening with me as I move into new adventures, and acknowledge that just as our julbord honors the past, so too does my remembrance of my first dining experience a la Chef Marcus. I spent last week cooking from Chef Marcus' first cookbook, "Aquavit and the New Scandinavian Cuisine." I baked the blueberry bread as well as a loaf of the potato dill, glazed salmon with wasabi sabayon, and that luscious nineties dessert (currently making a comeback!) molten lava cake (aka chocolate ganache cake).

I am so grateful that, since that meal twenty years ago, my life has never been the same. It is richer, better, more exciting than I could ever have imagined, One meal inspired me to live the life I was put on earth to live. 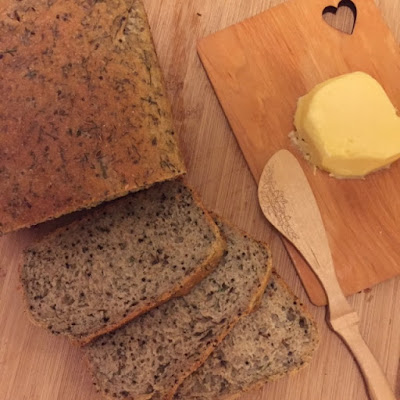 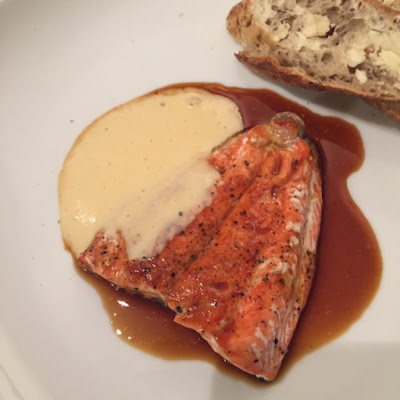 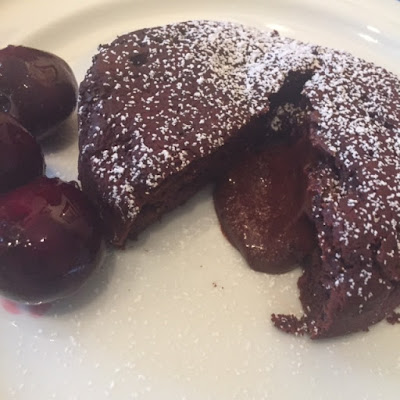