What would Mister Rogers do? 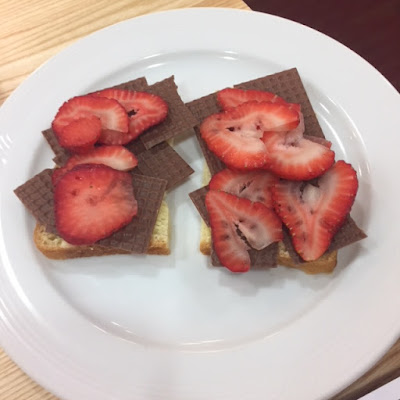 I've been thinking a lot about Mister Rogers lately. Apparently, so have the rest of you. 2010's documentary "Mister Rogers and Me" aired last month on PBS and is now streaming on Amazon Prime. Another documentary, "Won't you be my neighbor?" is hitting theaters this summer. Tom Hanks will play Mister Rogers in a biopic to be released next year. We need Mister Rogers now more than ever. We need that kind, gentle voice encouraging us when times are tough, reminding us that he likes us as we are. (Not unlike Mark Darcy's approval of Bridget Jones: No, I like you very much. Just as you are.)

Last year I began an attempt to be a kinder person. It went well for a few months, but then the world got all up in my face again and my kind demeanor fell away. Frustration and anger about current events replaced the kindness. I have always been quick to speak and slow to think. After a  far too common outburst I step back and ask myself, "What would Mister Rogers do?" and judge myself against what I presume would have been his measured response.

The current reactionary trend has all of us talking louder and listening less. Controversial, unscientific, often dangerous beliefs are touted as protected speech and actions. Some days are more difficult than others. Last week I was verbally accosted by a woman who ranted loudly about how climate change is a hoax. Tuesday I confronted a dog owner who left her beautiful Poodle-mix trapped in a hot, locked (we checked) car in the sun for more than half an hour. Both situations brought out the worst in me, and when I react to ignorance and cruelty with insults how does that make the world a better place? Afterwards, as usual, I asked myself (and T) "What would Mister Rogers do? How would he respond?"

Mister Rogers would probably give me a gentle smile and let me off the hook because (I hope) my heart is in the right place. He might give me advice on slowing down, thinking carefully about possible repercussions, and bringing peace into my little corner of the world. Mister Rogers always knew what to say and how to say it.

I wrote about Mister Rogers at Called to the Table this week, and posted a recipe for chocolate sandwiches. Chocolate sandwiches are a nice temporary antidote to the noisy, aggressive, thoughtless world.
Email Post
Labels: Gen X good manners hot chocolate pop culture