Life is chaos, be kind 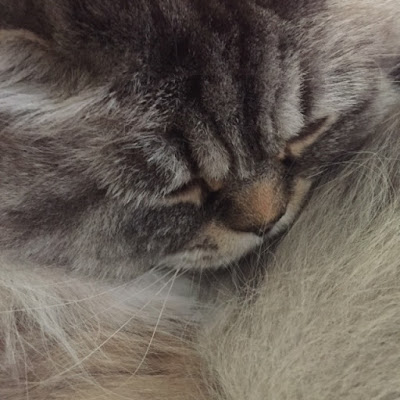 
Sometime between Thanksgiving and Christmas T and I watched the Patton Oswald standup special "Annihilation" on Netflix. Even if you don't know who Patton is, you've likely seen him in various roles on television (King of Queens, Goldbergs, etc.) or heard his voice in movies like "Ratatouille." I follow him on social media because I appreciate his honest reactions to politics and current events.

Patton's first wife died two years ago and he was left to raise his young daughter alone. He has since remarried (they say a widower who has had a good marriage will marry again within a few years after he has lost his wife), but the pain and loss continue to color his world as well as his daughter's.

In "Annihilation" Patton addresses that pain, and talks about his first wife's response to the mess of a world we live in. She said, "It's chaos, be kind." There is no rhyme or reason for acts or cruelty. There is no Finger of God guiding life and death. Everything is random. The only way to make things better is to be kind to one another.

In an interview with splitsider.com Patton said:


What’s weird is that I do have a “belief system,” but that belief system comes down to what Michelle always said, which is, “It’s chaos. Be kind.” If you want to talk to God — or whatever you think God is — go be nice to another person. That is the best way to communicate with the infinite. Be nice to a family member, a loved one, go spread that around. That’s sort of what I was doing, or started to do once I could move. You’re being a superhero when you’re out doing that. You don’t know how it will be spread around, but you know that you’re literally out there doing good.


Many of us are trying to make sense of current events. We get angry and curse the powers that be. We shake our heads in despair. We worry. We look to one another  for signs of hope. With each day and each piece of ridiculous news the cycle begins again.

It hasn't been easy for any of us. Yet, we are all in this together, and if we don't have hope we don't have a reason to get up in the morning. Hearing Patton's wife's response to the curious chaotic world reminded me that we can only control our own small piece of it. If we can make our space peaceful, that has to be enough.