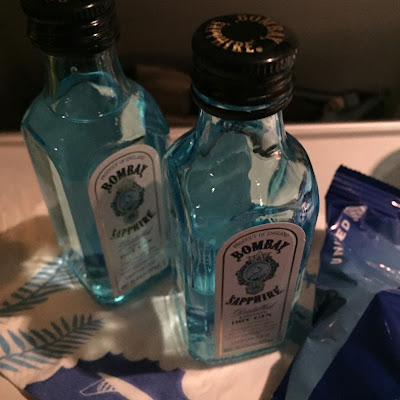 This day in history marks the anniversary of "Romancing the Stone," released to theaters on March 30, 1984. Do yourself a favor and watch (or rewatch) this 80's classic. It is filled with ridiculous humor, fluffy romance, a woman who discovers her strength, a cat named Romeo, and hope. And we can all use a little hope these days.

Our protagonist, successful romance novelist Joan Wilder (played by the amazing, beautiful, exuberant Kathleen Turner) narrates the movie's opening scene, reading out loud as she types the final sentences of her latest book. Her voice becomes emotional as the scene crests, with Joan describing the heroine of her book neatly escaping rape and certain death, killing the bad guy, and riding off into the sunset with her man.

Joan taps "The End," sighs, lets out a sob, and dabs at her tears with her sleeves and the waistband of her shirt; overwhelmed at the power of her own words, and moved by the feelings of a job well done. Joan searches her apartment for tissue, toilet paper, paper towels - anything - to wipe away her tears and blow her nose, only to find dozens of Post-Its reminding her to buy tissue, toilet paper, and paper towels.

Joan provides a celebratory meal for Romeo on a fancy dish, finds just the right tiny bottle of airplane booze from a selection of hundreds, and settles in front of a roaring fire; content and satisfied. Then the real adventure begins, but I'll let you watch the movie yourself to learn those details.

I never fully appreciated the Joan Wilder moment until I experienced it myself. I worked for a year on my first book (well, first to be published, anyway) and a day before deadline I was able to effectively close the completed pages for the first time. (I wasn't on a manual typewriter, I didn't type "The End," but you get the point. It was more of a virtual page close.)

As I hit the save button on my laptop I was overcome with emotions: joy, relief, fear, awe, etc. and I burst into tears. My tissue box was empty and the cats rubbed up against me with confusion. I took a cue from Joan Wilder. Everyone got treats, although I had no tiny airplane bottles to celebrate with. Instead, I made an aquavit cocktail featured in my book. Not bad, but I wanted the tiny bottle.

Fast forward a few weeks and I was on a plane from Chicago headed home after a quick stint with Nordic Ware demonstrating their products at an enormous kitchenwares trade show. The flight attendants made their way to my seat, offering guests the obligatory "Coffee, tea, or...?" I reached for my credit card and smiled; finally a chance for my complete Joan Wilder moment (minus the cats)! "Gin and tonic, please."

The flight attendant waved away my card and placed TWO tiny bottles of Bombay on the tray before me. Maybe that's how Joan assembled her collection, procuring multiple bottles from kindly flight attendants. I opened one and will keep the other for another celebration that's time and reason I've yet to determine.

Embrace your inner Joan Wilder. Celebrate those moments as they happen, and then celebrate them some more. We are surrounded by circumstances that remind me of an abusive boyfriend. Politics, current events, cruelty, dead-end jobs, and a general angst breed fear and depression. We are collectively grasping for counsel and hope. Hope is everywhere, but we have to keep our eyes open long enough to acknowledge it. It comes from the completion of a job well done, and the love of a cat, and even in the generosity of strangers and a tiny bottle of airplane booze.