You're gonna make it after all 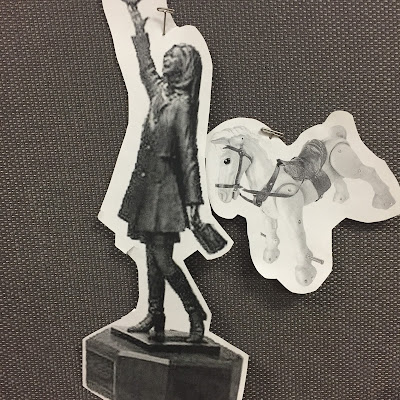 Television shaped my generation. It certainly shaped the person I wanted to be when I grew up. When other kids were asked what they wanted to be, they usually answered "nurse," or "doctor," or "teacher." Those goals were tangible, attainable. I always danced to the beat of a unique drummer, and when I was asked what I wanted to do when I grew up my answers waffled between a cowgirl, a nun, and a newsperson at the imaginary Minneapolis newsroom WJM-TV.

All those Saturday nights plunked in front of the Mary Tyler Moore show demonstrated to me that women belonged in the world outside of cleaning houses and raising children (not that there's anything wrong with that). It never occurred to me that women were doomed to spend our lives in the secretarial pool. It never occurred to me that we didn't own a legitimate place at the boardroom table. Why? Because of Mary. I didn't see work roles defined by sex. That's why I didn't want to be Mary when I grew up. I wanted to be Lou Grant.

Actually making my way in the world wasn't as easy as Mary made it look. It has been a long road. Sometimes it takes more than spunk and determination. A good dose of luck helps us stay afloat during lean times. I wonder if the whole idea of success is about as abstract as becoming a rancher-nun-news producer. Do we ever feel that we've attained success, or is the goal of life to keep reaching? I'm probably never going to carry any of those titles I gravitated toward when I was a kid, but I am determined to keep reaching for the characteristics that attracted me to those positions in the first place: adventure, helping people, telling stories.

So many women my age looked to Mary as a role model. She was the link between stay-at-home moms and women running for president. I keep an image of her tam-tossing statue pinned to my cubicle wall as a reminder of what it is I am supposed to become when I, eventually, grow up.

A few years ago while I was in grad school, I felt like I was finally on a path toward cowgirl-nun-newsperson. I was on Nicollet Mall in downtown Minneapolis, sitting at the base of the MTM statue, filled with hope. I looked down at my boots, my tights, my coat and realized I was dressed exactly like Mary (minus the tam). As hokey as it was, I remember singing to myself the words from that famous song, "You're gonna make it after all."