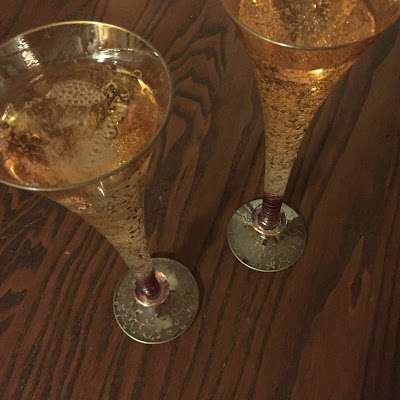 The losses of 2016 never ceased, and for Gen Xers these losses meant saying goodbye to many of our childhood icons. As we go screeching forward toward god knows what, many of us are scrambling to figure out how to face the unknown without the comfort of those icons.

Gen Xers are defined as the group of Americans born between 1965 and 1981. The term and definition came from marketers so they could target us for advertisements, but we embraced the definition and characteristics probably because we were so excited that someone - anyone - was paying attention to us. An appropriate response considering our most significant babysitter was the television.

Gen Xers are known for our independence, resilience, and adaptability (we are also known for our skepticism and slacker-tendencies). We earned those characteristics in part because our childhood was all about upheaval: energy crisis, Watergate, the crack and AIDS epidemics, lots of divorce, and moms who went to work. Don't even start me on the entire Reagan era (Gen Xers remember he was not a saint, and in fact many of us regard him as a criminal). We consoled ourselves with the aforementioned TV (from Pong to cable channels and music videos), 80's pop and 90's grunge music, and computers.

Entertainment was our escape, then and now.

Plunked down in the front of the boob tube (as Dad used to call it) on weekend nights, many of us gravitated toward "The Brady Bunch" and the effervescent Florence Henderson. Mrs. Brady was almost as beautiful as my own mom, so hip in her mod clothing and endless cups of (pre-Starbucks) coffee.

The show "One Day at a Time" prepared many of us for the experience of life with a single mom and apartment dwelling. We learned that apartment life came with a super like Schneider, played by Pat Harrington, who meddled in plumbing and the private lives of the residents. We took comfort in that.

"Growing Pains" was more like a fantasy, with a happy family made up of successful parents and lovable kids. Alan Thicke played an understanding dad you could talk to about anything.

Ask us about the music of our youth and we'll tell you about the importance of David Bowie, Prince, and George Michael. They are the soundtrack of our adolescence. Ask any Gen X male who his first crush was, and 9 times out of 10 he'll answer "Princess Leia." (Some of my Gen X guy friends might answer "Han Solo," which demonstrates another Gen X characteristic - we were the first generation to collectively embrace sexual, gender, racial, and religious diversity, possibly because we saw those differences on TV and in our music, and we understood that diversity makes us stronger.).

In the late 80's we flocked to the theater to cheer Arnold Schwarzenegger's attempt to escape public execution via a reality show ("The Running Man"), then scratched our heads when in reality he married a Kennedy and became governor of California. Later Arnold cheated on the Kennedy with their maid and had a secret child, and yet he managed to escape public humiliation and now he's replacing America's so-called president-elect as host of a reality show. And so the world spins.

In the early 90's we viewed television's first reality show "Real World," entranced during the initial seasons only to discover the people who gravitated toward such a life eventually generated reality into a scripted sham.

In school we were assigned to read "1984" and learned about Newspeak, never dreaming that the danger of a totalitarian state would be ushered in by none other than a failed business mogul and reality television star with terrible hair and tiny hands. Rest assured, his reality show is in manly hands now with Arnold. There is no longer room in our culture for girlie-men, right?

The icons of Gen X's youth have died. They've been replaced with the ridiculous and the terrifying. Modern Newspeak has the nation investing in reality programming, the normalizing of alarming events and people, and a new presidential cabinet filled with antagonistic oxymorons,

Gen X no longer has our icons for escapism. We must figure out a way to rise without them, but we can still look to the examples they set to fight the wrongs.