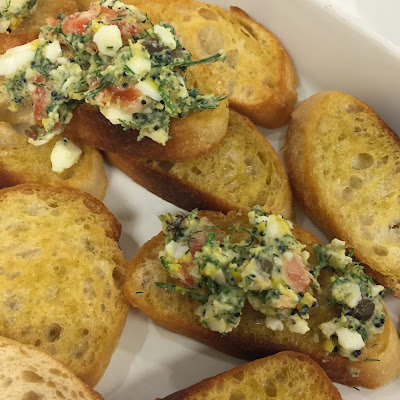 Semlor (singular: semla), also known as Fat Tuesday buns, are chubby cardamom buns filled with almond paste and whipped cream. Back in the days of Catholic influence, Swedes ate their fill of the buns before their Lenten fasts. Modern Swedes reach for the buns as soon as  Christmas is complete and don't stop eating them until Easter disappears from the rear view mirror.

Our semlor brunch menu included a batch of cardamom buns; spring greens with citrus vinaigrette; quick pickled beets, cucumbers, and red peppers; fingerlings roasted with herbs and lemon zest; and gravlax and egg salad with roe on toasts. Next time I make this salad I'll serve it on rye toast. Delicious!

Combine sugar, salt, dill, and zest and cover the salmon with the mixture on all sides. Spritz with aquavit. Pack in plastic and weigh down with heavy dish or pan. Refrigerate 48 hours, turning every 12.

Rinse or wipe cure from salmon and slice into cubes. (Retain skin to fry later.)

Serve on crackers or toasts.

Combine ingredients in glass jar and cover with plastic wrap; set out at room temperature for 18 to 24 hours. Stir and chill. 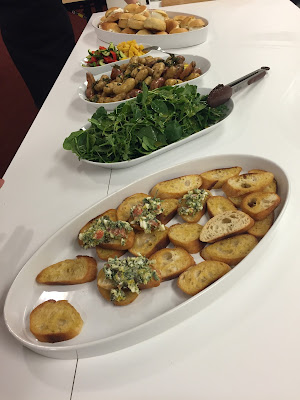 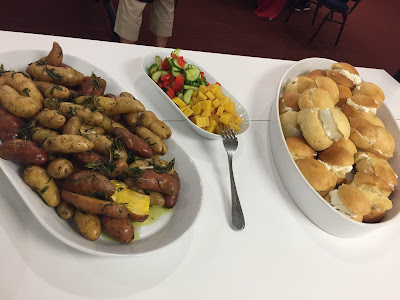