Lucia Day: of cats and saints 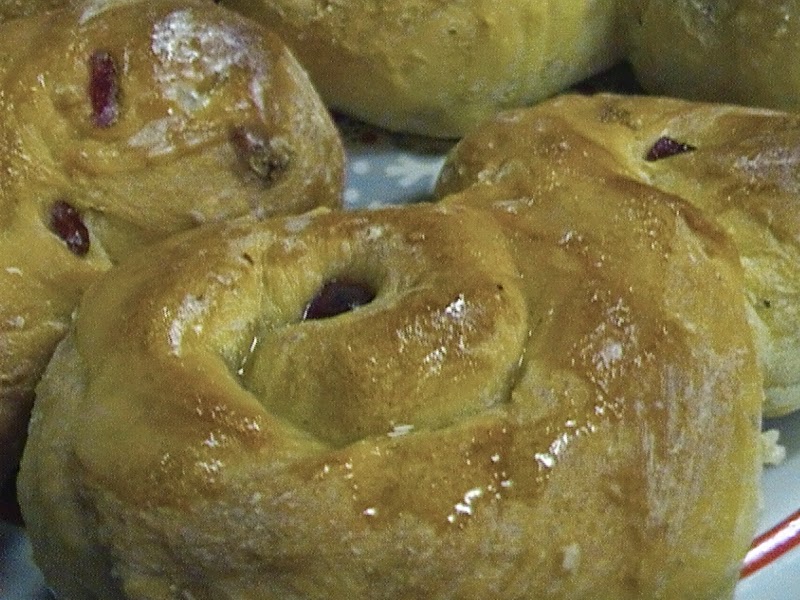 For the first time since this little blog began I skipped St. Lucia Day. No scent of citrus and saffron wafted from our oven throughout the house. No sweet buns shaped like S’s found their way to our breakfast table. Not a single home-made, IKEA-bagged, or bakery-baked Lussebulle or Lussekatt eaten on this most awesome of holidays.

In Sweden and among Swedish Americans, December 13 is the celebration of St. Lucia and the day triggers the onset of the holiday season. Lucia, the martyred Saint of Light, provides light during the dark season which is why girls playing her wear a wreath of candles as they carry trays of saffron buns, hot coffee, and other baked goods to their families and friends on St. Lucia morning.

There are a few different versions of Lucia’s path from Sicilian saint to Swedish icon. Most accounts include variations on a theme: Lucia’s sacred virginity and refusal to marry a heathen, her generous gifts of food to the hungry, and eyes that bring light to the world during its darkest times (eyes so beautiful that she poked them out and then God bequeathed her with an even more beautiful pair).

Yet Lucia’s origins are less than saintly. December 13 was once referred to as the night of the trolls. As with so many folk traditions that are replaced with Christian substitutes, Lucia and the trolls are now symbolically morphed. Lucia’s association with the devil stems from an early belief, prior to her sainthood, when she was said to be the leader of the trolls. Lucia’s name being the female equivalent of Lucifer did not help her reputation. It wasn’t until the 1800s that Lucia became the saint of light and goodness, and (eventually) delicious pastries.

St. Lucia saffron buns can be shaped in numerous forms including the common Lussekatter, or S-shaped buns that sort of resemble a cat’s head and long curly tail. Lussekatter come from old Lucia’s relationship with Lucifer and the cat-form witches were said to assume.

Which brings us to no-Lucia bun Saturday.

We spent the better part of our weekend (and a mortgage payment) at the emergency vet with our cat Oskar. He suffers from occasional bouts of bladder crystals, a condition that comes on quickly and can be fatal if not treated immediately.

While we are grateful to the emergency staff, we were baffled that they didn't carry feline muscle relaxer, which is one of the first medicines our little guy receives when he is ill. (Also, they called our boy "fractious" which we later learned is vet-code for a cat that will tear you apart because it is so crazed and violent. Our boy has a tendency to scream like a wild banshee when he isn't happy, and it probably terrified the staff.)

We left the emergency clinic with empty wallets and a still very sick cat. We began calling every 24-hour pharmacy we could find to see if they were able to prepare a kitty compound which is the process of making a muscle relaxer safe for feline consumption.

Sunday morning Oskar seemed worse than ever. I started calling every vet hospital in the Cities to find a vial of medicine. Just when I thought all hope was gone, T's cell phone rang and I heard him shout, "Doctor! Yes, yes, we can come right now!" Before I could put the phone down, T had Oskar packed up and in the car.

We've always felt pretty great about our pet clinic. They consistently go above and beyond regular care, whether we come in to get Orson weighed or have concerns about elderly Olive. The staff is compassionate and knowledgeable, and they treat our pets as they would treat their own. But even I did not expect the level of kindness and care we received on Sunday. Our doctor called that morning because he saw a fax from the emergency clinic about Oskar. He opened the clinic for us after hours and sent us home with prescription food and enough muscle relaxer to get Oskar though the painful consequences of Saturday's invasive procedures. Come on, seriously? This guy is beyond. How lucky are we?

Our vet shares a few traits with Saint Lucia. He is generous, and brings light to our world when things are dark. And between you and me, I call him Dr. Dreamy Eyes because he has stunning blue eyes. All he needs is a sweet roll named for him.

So that is my story of our Lucia Day sans buns but filled with a cat and a saint.

And Oskar? He is feeling better each day. 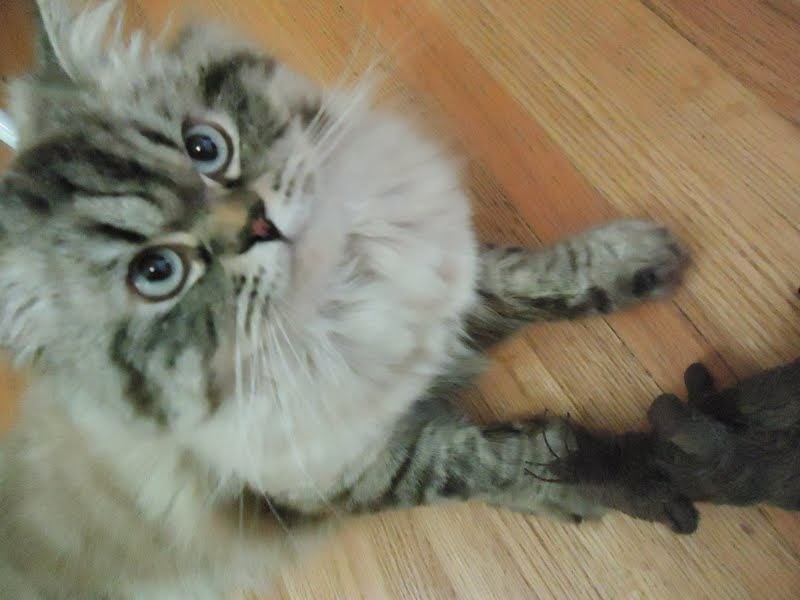 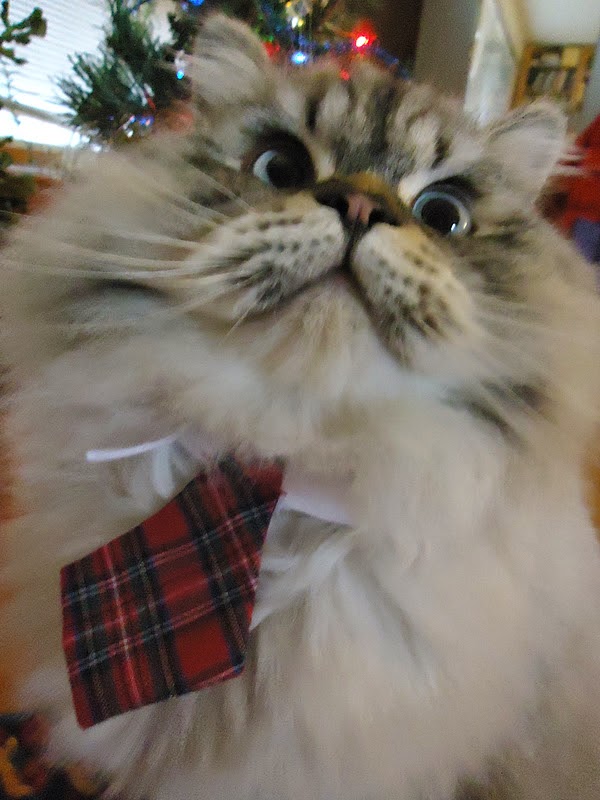 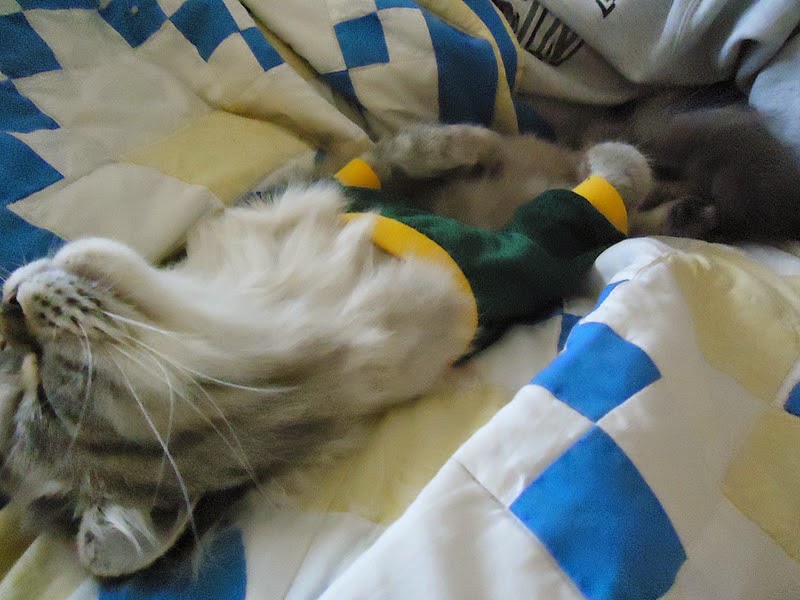