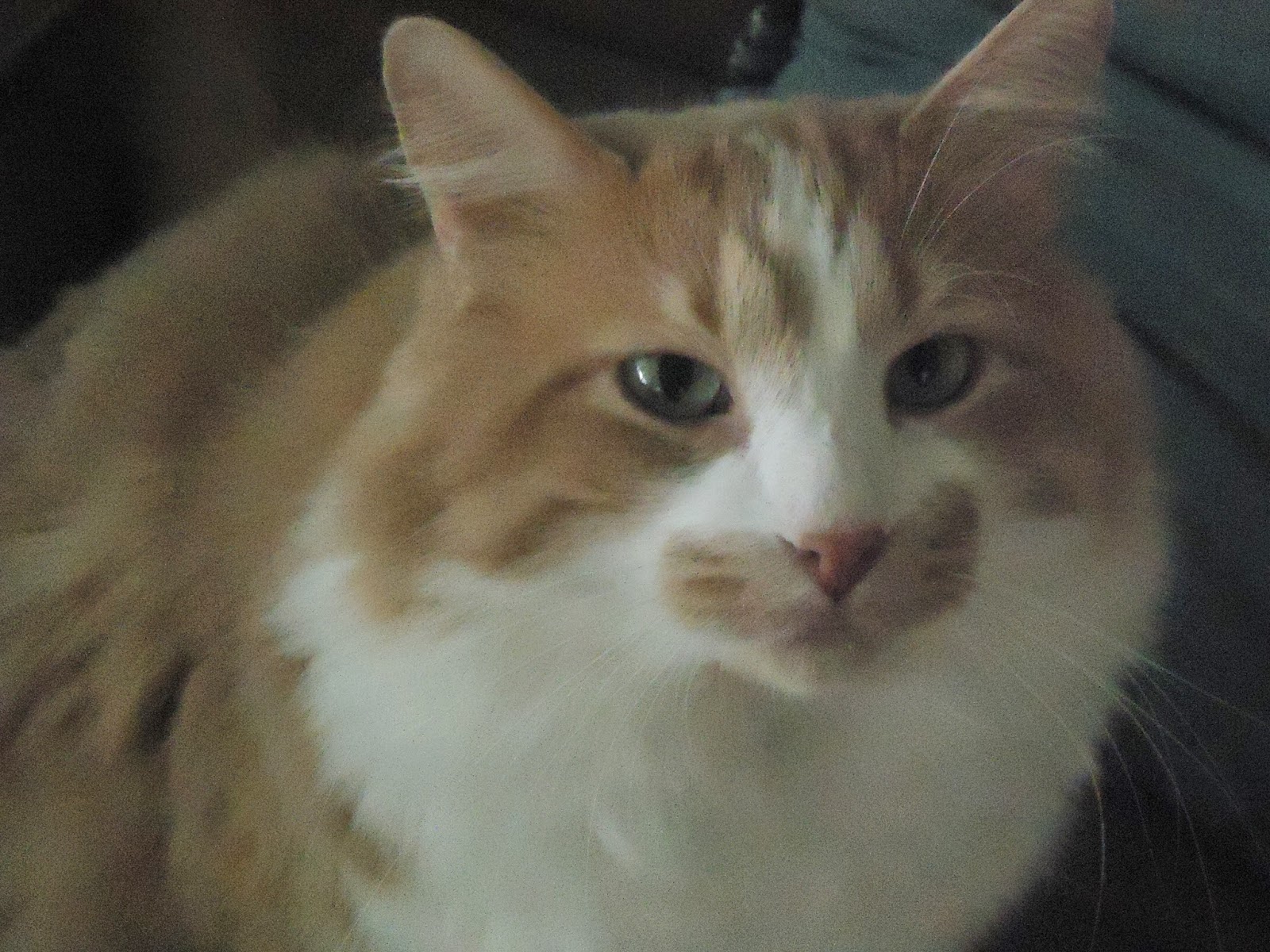 As the pounds melted off our beloved Orson, we retired his doggy-sized harness for a more reasonably sized (in fact, two sizes smaller) one made especially for cats. Yesterday we leashed him up in his fancy new collar and brought him to the vet. In the waiting room Orson sat with T on a bench, and I stood in line behind a friendly couple who were picking up prescription dog food. "Wow, that is a really big cat," exclaimed the dog food couple. "I bet if you give him a bath he looks half that size."

"Well, he is pretty big even without all that fur," I said. As if to apologize for Orson's girth I added, "He is on a diet. He has lost three and a half pounds!"

The woman approached the bench to pet him and Orson gave a rare hiss. The woman backed away in alarm.

"He is really gentle, just nervous," I tried to explain. Hang out with this guy for awhile and you forget how imposing he looks. If a twenty-plus pound cat hissed at me, I might run from the building.

The man wasn't deterred. He presented his hand to Orson's nose, like you might introduce yourself to a dog. Orson, hoping for a treat, sniffed at the outstretched fingers and jumped down to the floor so he could roll on his back and present his tummy to the stranger for a thorough scratching.

Our boy is impressive in size and personality.

It's been a tough summer of dieting and exercise, and Orson's lifestyle changes resulted in amazing new leaping abilities. We now separate all three cats during meals to keep Orson from jumping to his siblings' dishes, nosing them away, and taking hefty gulps of stolen goodies. While T believed Orson would be down at least another pound and I was sure he was up a pound, neither of us was prepared for yesterday's weigh-in. Orson is now a svelte 20 pounds, having lost five pounds in as many months. He may need a new harness soon.
Email Post
Labels: cat blogging