Summertime and in Wisconsin the living is easy 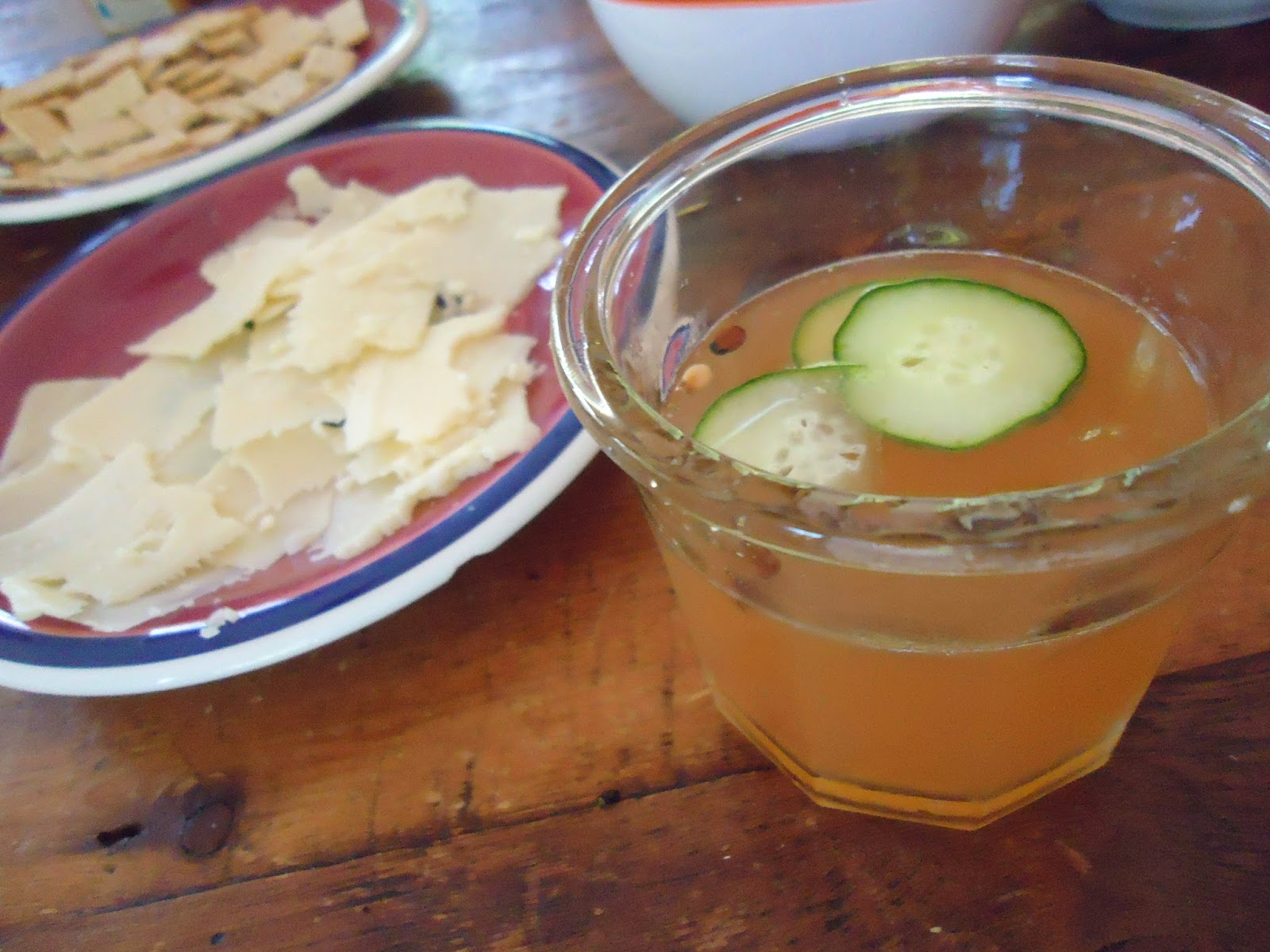 With the abundance of amazing spirits and cheeses produced in Wisconsin, you need spend only a few hours there before someone invites you to partake in a delicious happy hour. Spend a day or two, and you might see the beauty of a Green and Gold Packer jersey. Don't resist either temptation.

Wise eaters herald aged white Wisconsin cheddar as American cheese royalty. It's got crunchy crystals and a crumbly texture, a smooth mouth feel, and rich nutty flavor. The bite is so sharp it is almost tart, and it pairs well with beer and cheese alike. I love it melted over wax beans, ginger, and Thai basil on a grilled pizza (a weird but perfect recipe. Trust me.).

Last weekend I met with friends across the border. After a few hours splashing in the St. Croix, happy hour called us back to the deck. We ate pounds of a local aged cheddar alongside a bastardized but delightful version of Gamle Ode's Astrid Projection.

Happy tummies occasionally demand more happiness. After happy hour someone opened a bottle (or two) of wine and we grilled pizzas topped with farmers market veggies. We sliced corn from ears picked only a few hours earlier, and a summer-show-stopping corn hash appeared on the table. Get Kathryn's Crispy Crunchy Corn recipe at Called to the Table.
Email Post
Labels: appetizers cheese cocktails