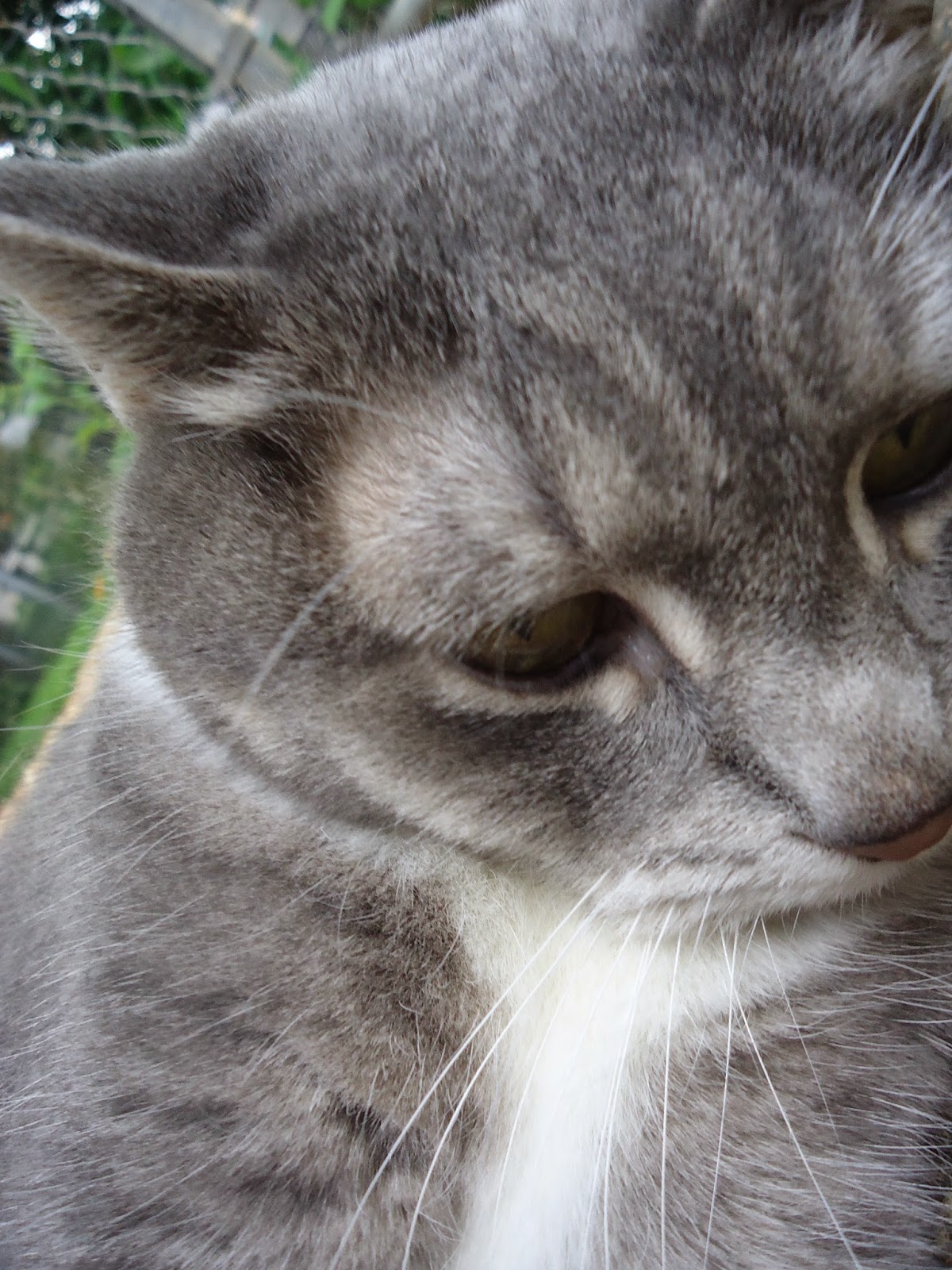 This summer we've had a few kitty milestones. Olive celebrated her Sweet 16 with a special meal of shrimp and gravy. She requested no cake, no candles, and no hats. Maybe next year she will grow out of this adolescent angst and let us throw her a real party!

Meanwhile, Oskar became an escape artist. He now spends any and all time outdoors tethered to the fence and whining. He is not amused.

And Orson, darling Orson... Orson has realized his athletic prowess. All of his workout sessions have given him super feline strength and agility. Much to our surprise he can jump up to all of the places where his siblings are fed. Originally we separated eating spaces to keep Orson out of dinners that don't belong to him. Now that Orson can access the forbidden dishes, we have to put all uneaten food away between meals. While Orson lives to eat his two daily meals and typically gulps them down in minutes, Olive and Oskar are grazers. No one is happy with our current mealtime procedures.

In other kitty news, yesterday the StarTribune published an op-ed from a self-professed Cat Guy. If any of you wonder whether T is now writing under a pseudonym, I can assure you that he is not, actually, the author of that piece. But he could be.

Finally, if you happen to reside in the Twin Cities, you can unite with fellow cat people on Thursday at the 3rd Annual Internet Cat Video Festival. We went to last year's Cat Video Festival when it took place at the Minnesota State Fair. I've still got visions of kitty crop art in my head. 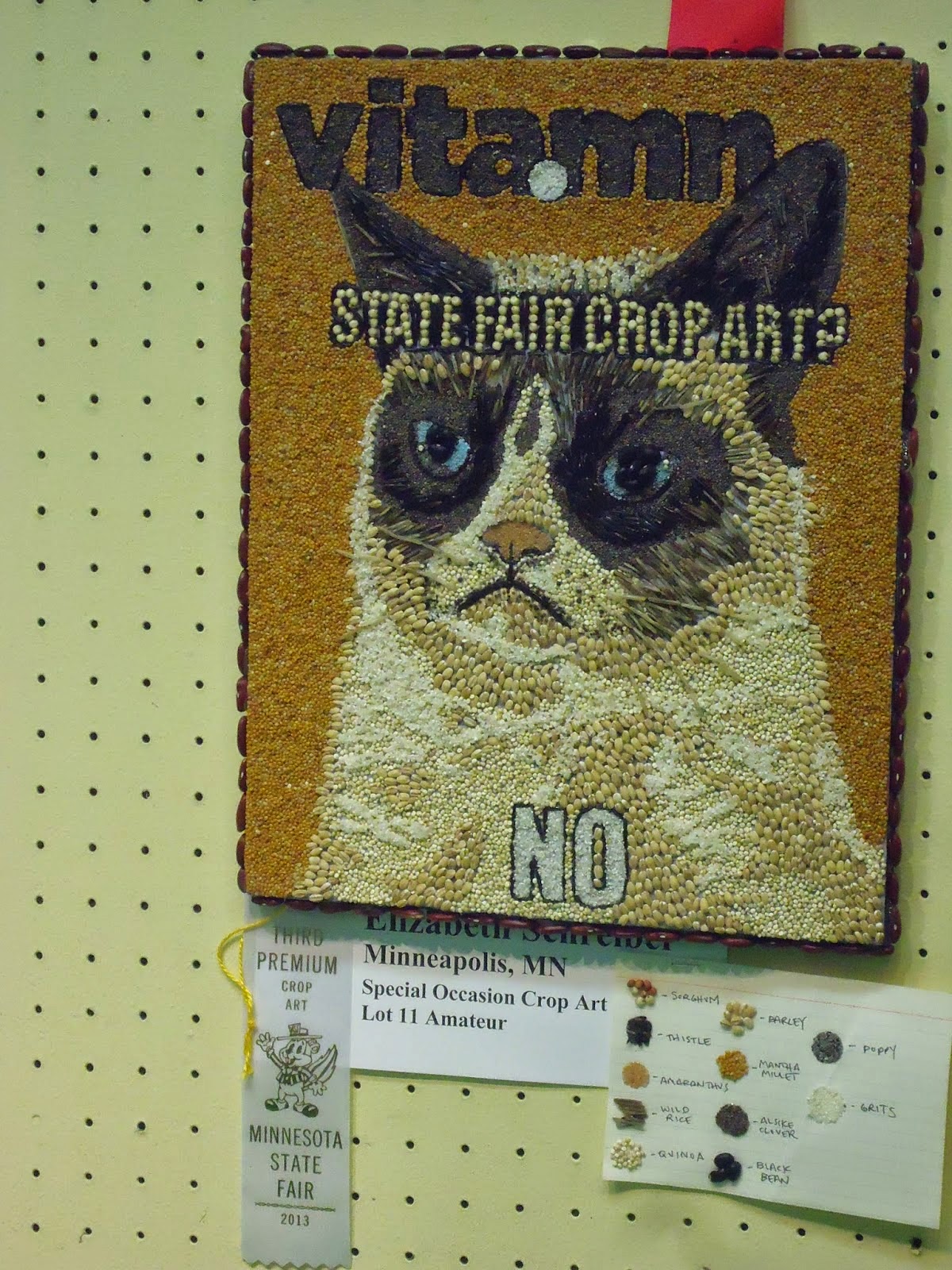 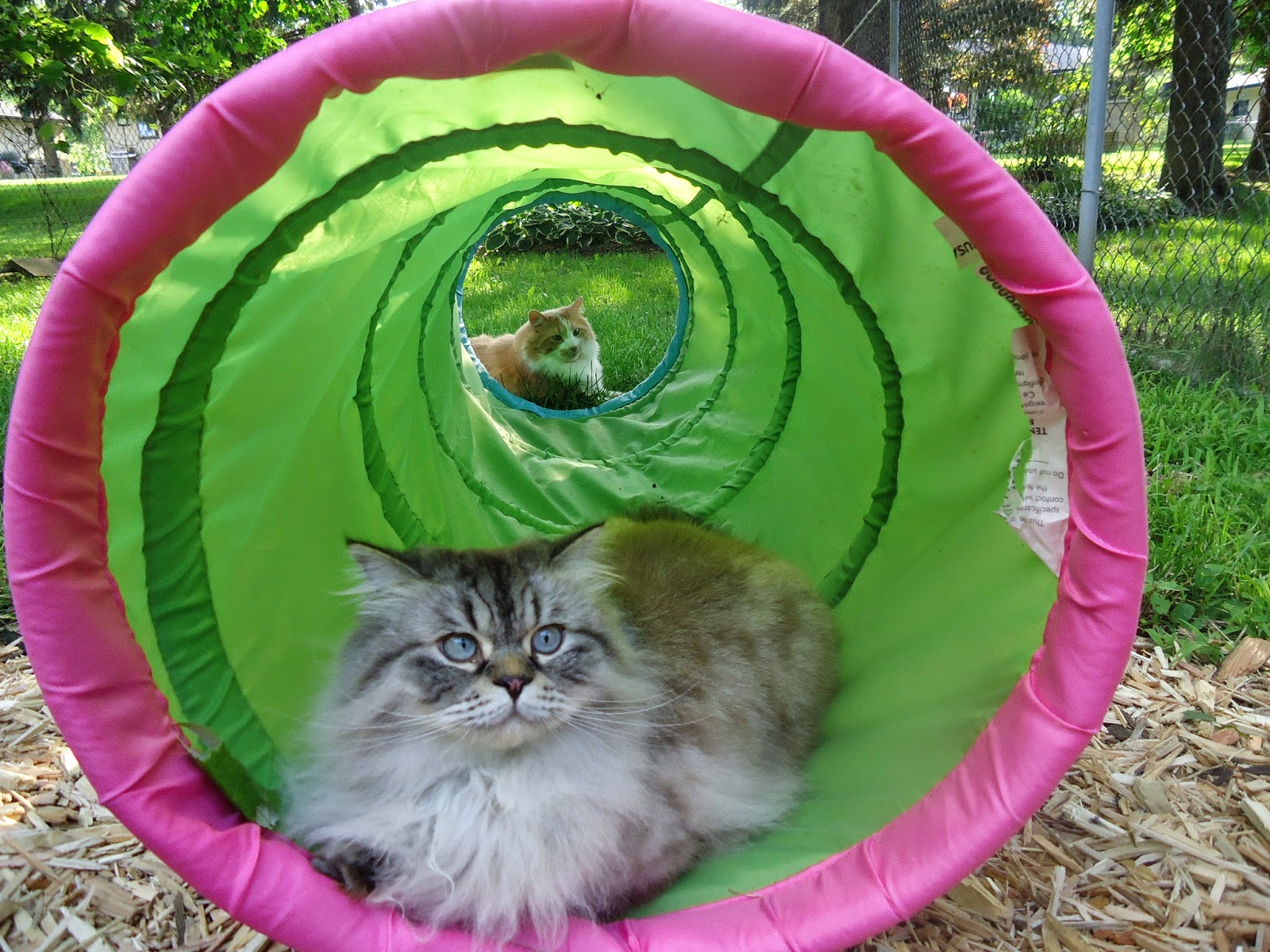