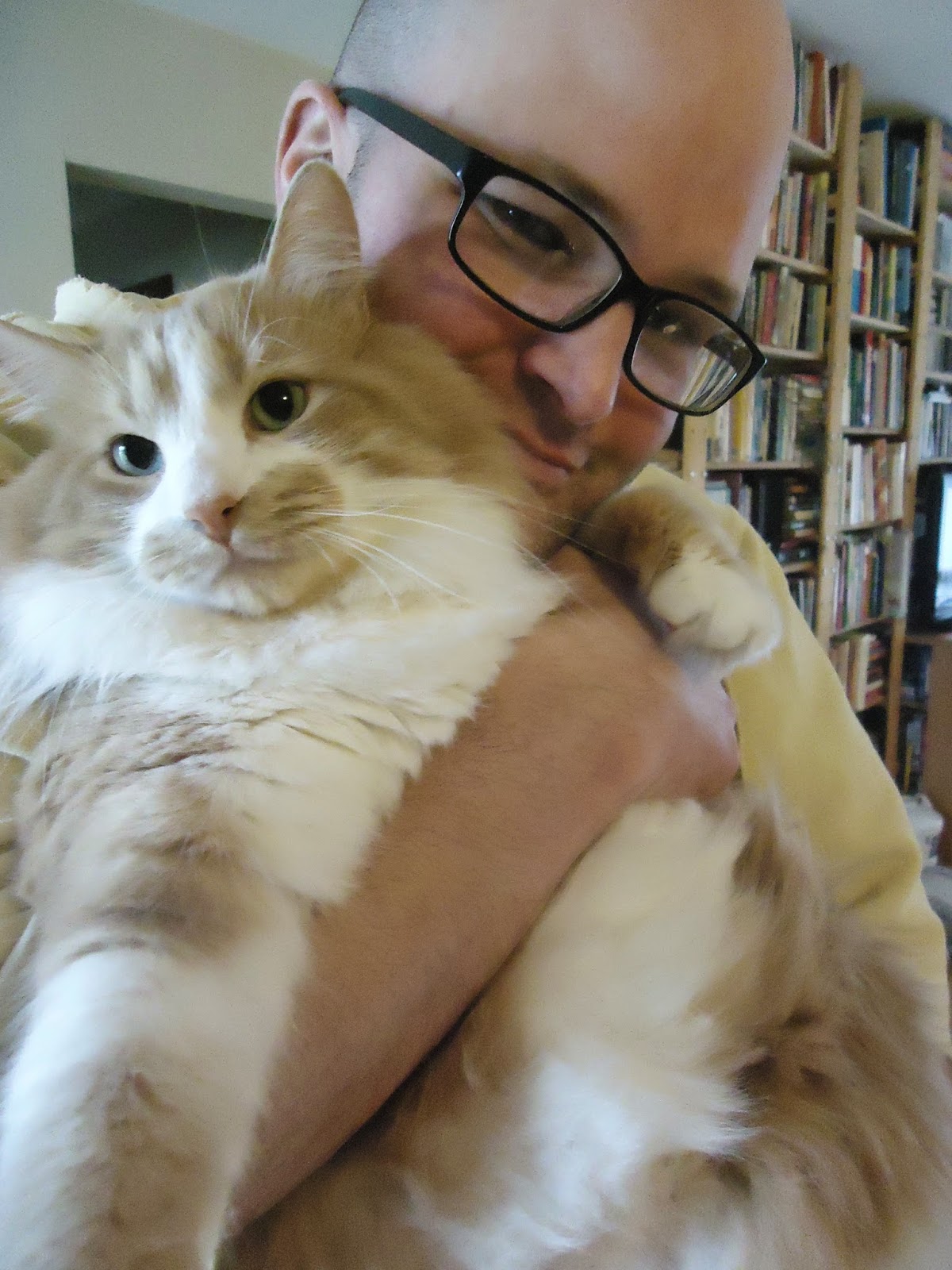 It has taken us an entire year to get on the right track, but after Orson's weekend weigh-in I feel like we are finally getting there. Orson is now a svelte 22.8 pound boy. He is down 2 1/2 pounds from his alarming 25 pound heft. I haven't taken measurements yet, but Orson feels much less blubbery. His energy is up and his fur is soft and healthy.

Last year Orson made it clear that he is T's cat. He looks at T with the kind of adoration and hero worship I've seen my nephews show their beloved dads. But I think our daily stair runs are helping him to bond to me slightly. Last night while I was sleeping Orson sank himself down next to my leg and wrapped his paws around me. It was sweet for about 10 minutes. Then my foot lost circulation and I sadly had to move Orson off.

Clearly, Orson is not yet at his ideal weight. We estimated that he should be about 17 pounds. He is after all, a big boned beauty. Recently we've decided to not be too concerned about numbers (as long as they continue to decrease), and now our goal for Orson is that he will be able to groom himself in those delicate areas that are currently out of his reach.