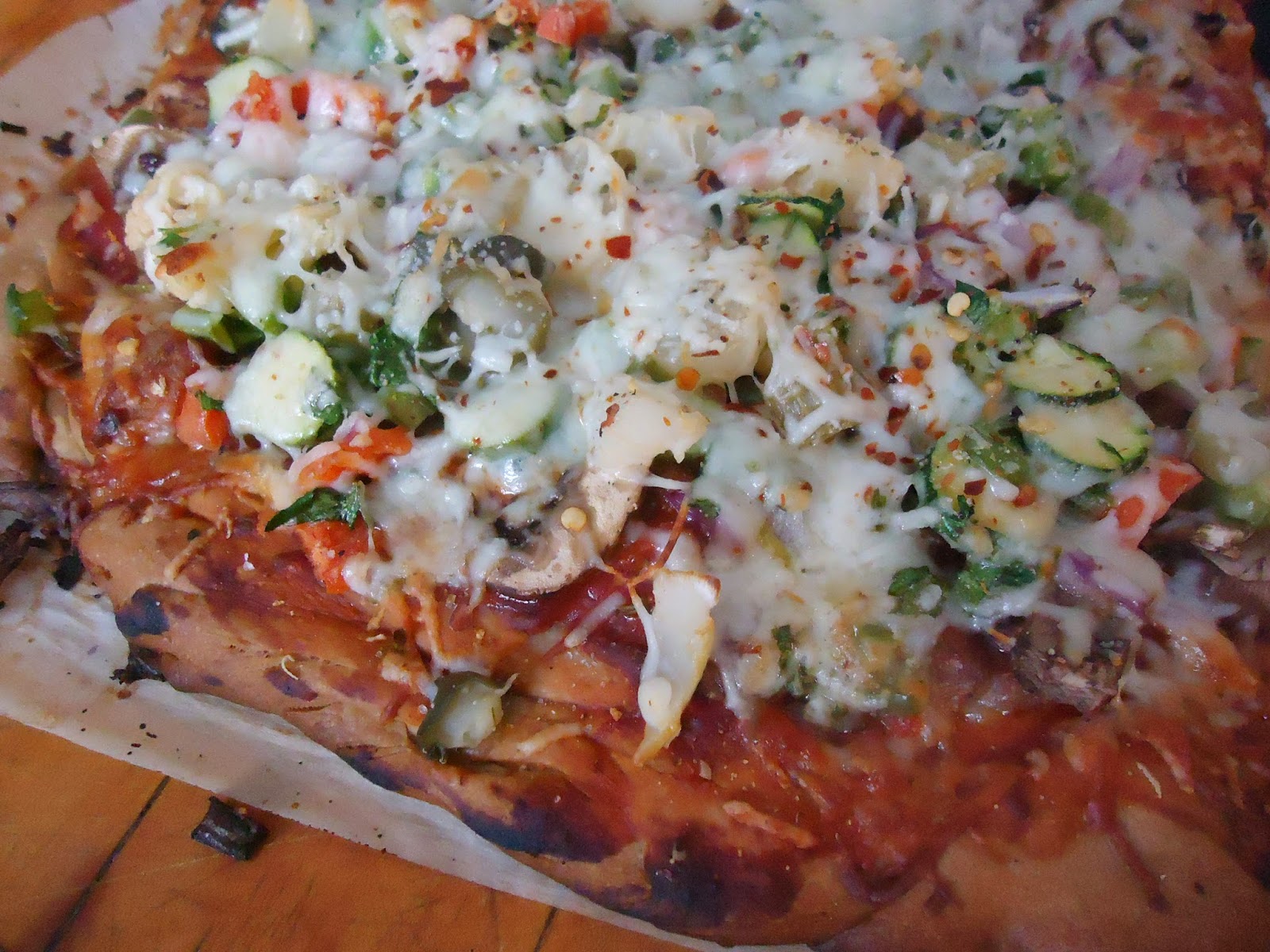 I make up for my disinterest in St. Patrick's Day with my love of good stout beer. Lucky for me, stout beer tastes great paired with a sturdy pizza. The liquor store was out of my favorite local brew but I had a pint or two of Guinness Extra Stout in the fridge and decided to experiment with a beer and yeast risen dough.

Stout-enhanced dough does best with a double-rise. It needs that second rise to extract as well as temper the sturdy malt flavors. Additionally, the crust cooks best in two bakes. First, bake crust with a cup or two of shredded cheese spread on top (or use thin slices). Once cheese is melted and golden, add toppings to par-baked crust and return to oven.

Make a Paddy Pie by topping par-baked crust with ground beef or lamb (cooked with onions, carrots, a hint of tomato paste, and a shake or two of Worcestershire); then spread potatoes (mashed with plenty of butter and buttermilk) over entire pizza; top with finely shredded Irish cheddar and parsley. If you really want to make a Leprechaun swoon substitute stout beer for the water in a rye crust (my recipe is here) and top with some good Irish cheddar; spread mustard over par-baked crust and cover with corned beef, chopped pickles, and cooked cabbage and return to oven before the Green Fairy has time to make mischief. After dinner he might even show you where he keeps his gold.

Our stout pizza was tame by St. Patrick's Day standards. T is known for his love of sausage and mushrooms while I prefer a pie loaded with veggies. Stout Pizza Crust is large enough for us to go halfsies and still have leftovers for a few meals. With a crust made of stout beer I think even the crabbiest of Leprechaun's would be satisfied dining with us tonight.

Combine beer, yeast, and honey in small bowl and let rise until frothy, about 5 to 10 minutes.

Combine beer-yeast, about 3 cups of the flour, salt, and olive oil and knead until soft, silky dough forms, adding only as much flour as needed; about 10 minutes. Place dough in clean bowl and add additional 2 tablespoons olive oil; roll dough in oil to wet all side. Cover bowl with plastic wrap and let rise in draft-free area until doubled in size; 2 - 4 hours.

Gently push dough down and reshape into ball. Please ball on a parchment covered baking sheet. Cover with plastic wrap and let rise a second time; 30 minutes to 2 hours.

Shape dough evenly into an oval or square, bringing up sides of dough to form slight wall. Cover with 1 1/2 cup shredded Provolone or Mozzarella and bake in 400 degree oven until cheese is melted and golden brown about 15 minutes. Cover with toppings of choice and return to oven; bake additional 10 to 20 minutes, or until toppings are cooked. 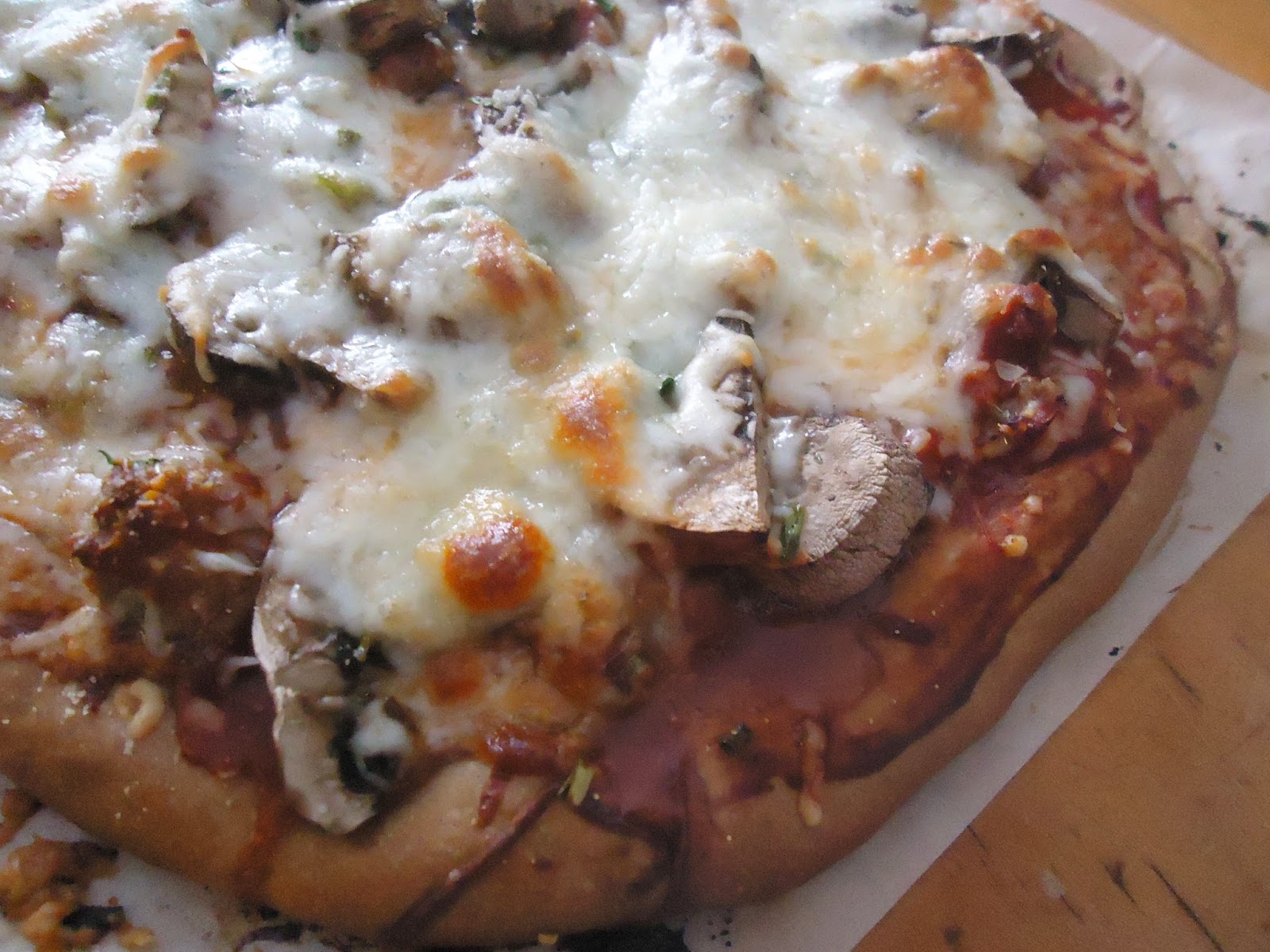 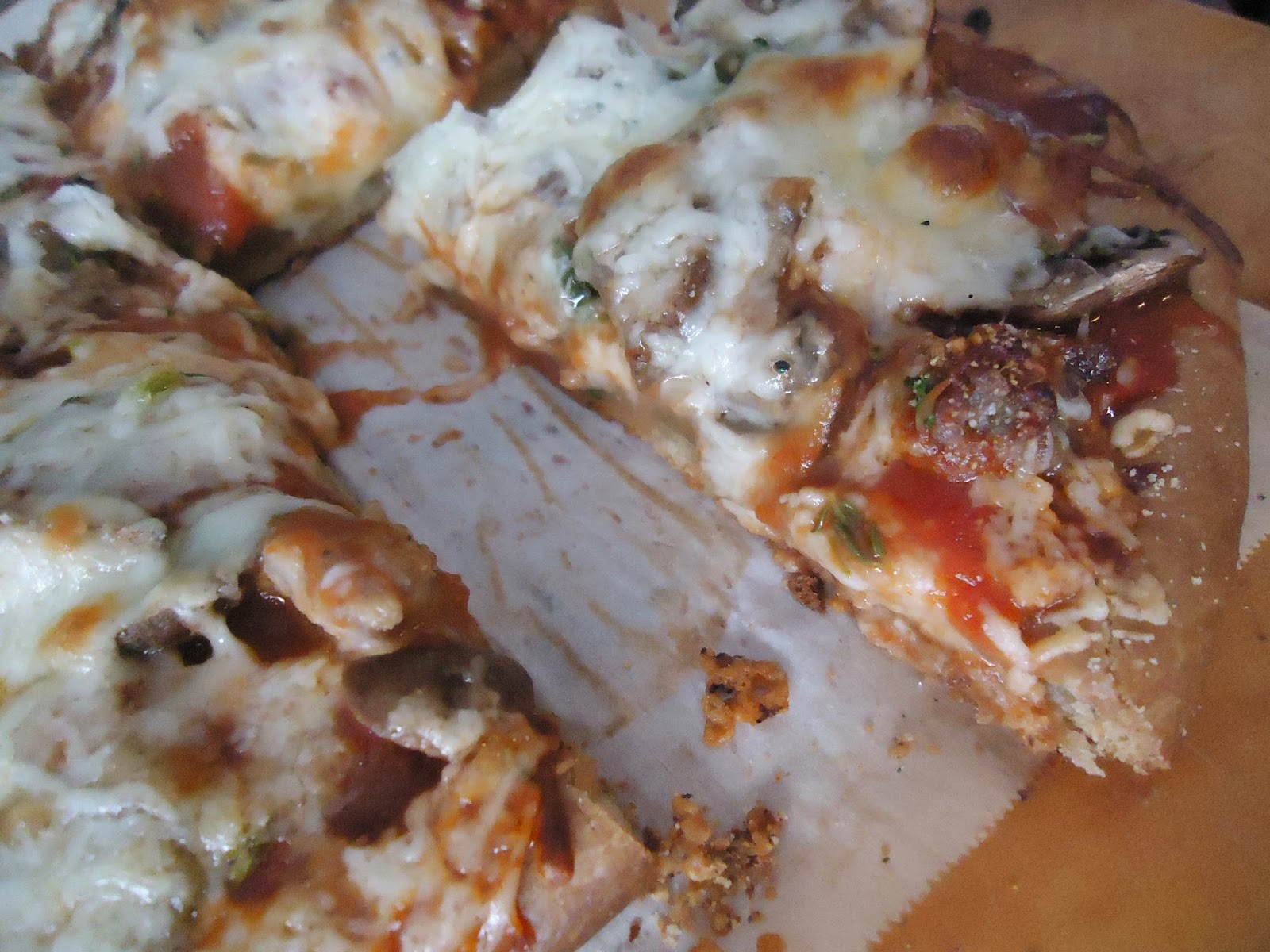 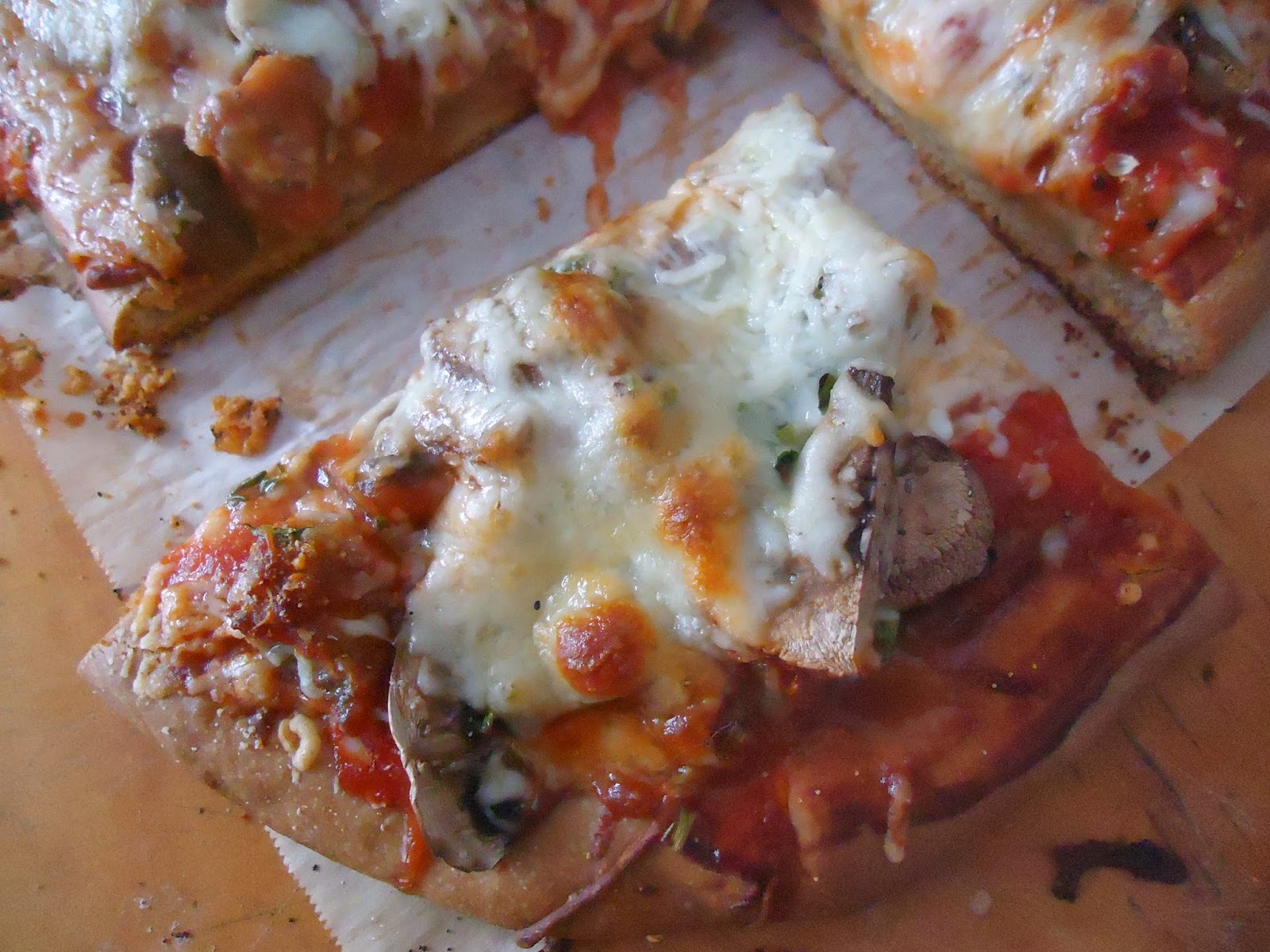