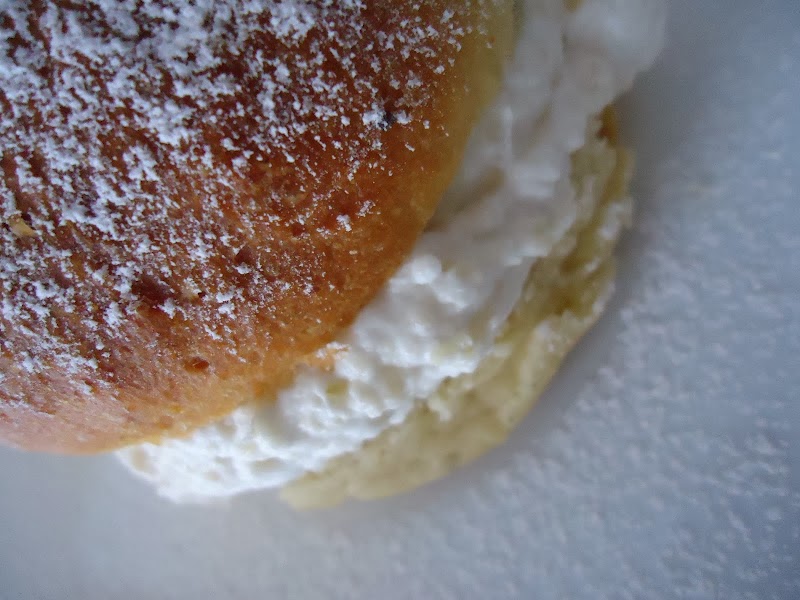 The rest of you can have your baby dolls baked into bright-colored King Cake (FYI those colors do not occur naturally and ought not occur in food). You can griddle up batch after batch of Shrove Tuesday pancakes (as long as you share them with me!) and roast a pig (save me the belly, please). As you bulk up and party hearty and prepare for Lenten Atonement, I'll be snarfing down semlor.

Semlor are cardamom buns filled with almond cream, and they are the poster child for Nordic Lent. This excerpt is from a 2012 Called to the Table column describes the pastry:


The floor was barely swept clean of pine needles from our defunct Christmas tree and already my Swedish friends were obsessing over semla (or the plural semlor). They tweeted and blogged one consistent plea, “I know it’s only January, but where I can find semlor?”

Centuries ago when Roman Catholicism reigned across the Scandinavian expanse, rich cardamom buns were served on Shrove Tuesday and meant to sustain palates about to endure forty days of fasting. Although religious rituals are now less common in Scandinavia, the tradition of Lenten buns endures. The Swedes fill their semlor (and Norweigans their fastelavensboller) with sweet cream and almond paste, often in a bowl of milk to soften the bun. In Finland laskiaispulla are spread thick with fruit preserves and marzipan. Estonians prefer their vastlakukkel simply with whipped cream. Danes and Icelandics use puff pastry to make their fastelavnsbolle.

For the Filling:
8 ounces almond paste, thinned with a few tablespoons half and half or cream
1 1/2 cups heavy whipping cream
1 - 2 tablespoons powdered sugar plus more for dusting tops

Directions
For the Dough:
In large bowl whisk together egg yolks, butter, milk, a few teaspoons of the sugar, and yeast and allow to bubble for about 5 minutes.
Sift together remaining sugar, 4 to 5 cups of the flour, salt, and cardamom. Add to yeast mixture and stir with large spoon until dough comes together. Place dough on very lightly floured surface and knead until soft silky dough forms, about 5 to 10 minutes (Alternatively, use standup mixer with dough hook and run on low for 5 minutes.) . Place dough in clean bowl brushed with a bit of vegetable oil and cover with a towel or plastic wrap; rise in warm place about 30 minutes or until doubled.
Sift together 1 cup of flour and the baking powder; stir into dough and knead until smooth. Add more flour only if necessary.
Divide dough into 24 small balls; place at least 1 inch apart on greased baking sheets. Cover and rise about one hour or until doubled.
Brush tops of rolls with milk or half-&-half; bake in preheated 375 degree oven until golden brown, about 15 to 20 minutes; cool on wire racks.

For the Filling:
Cut each roll in half; scooping out center and leaving shell of 1/2 inches. Tear or crumble innards and place in large mixing bowl; moisten with a few tablespoons of the milk or half-&- half then blend in almond paste until smooth. Add additional milk as needed until filling is pudding-like.