Cat Blogging: Orson, one year in 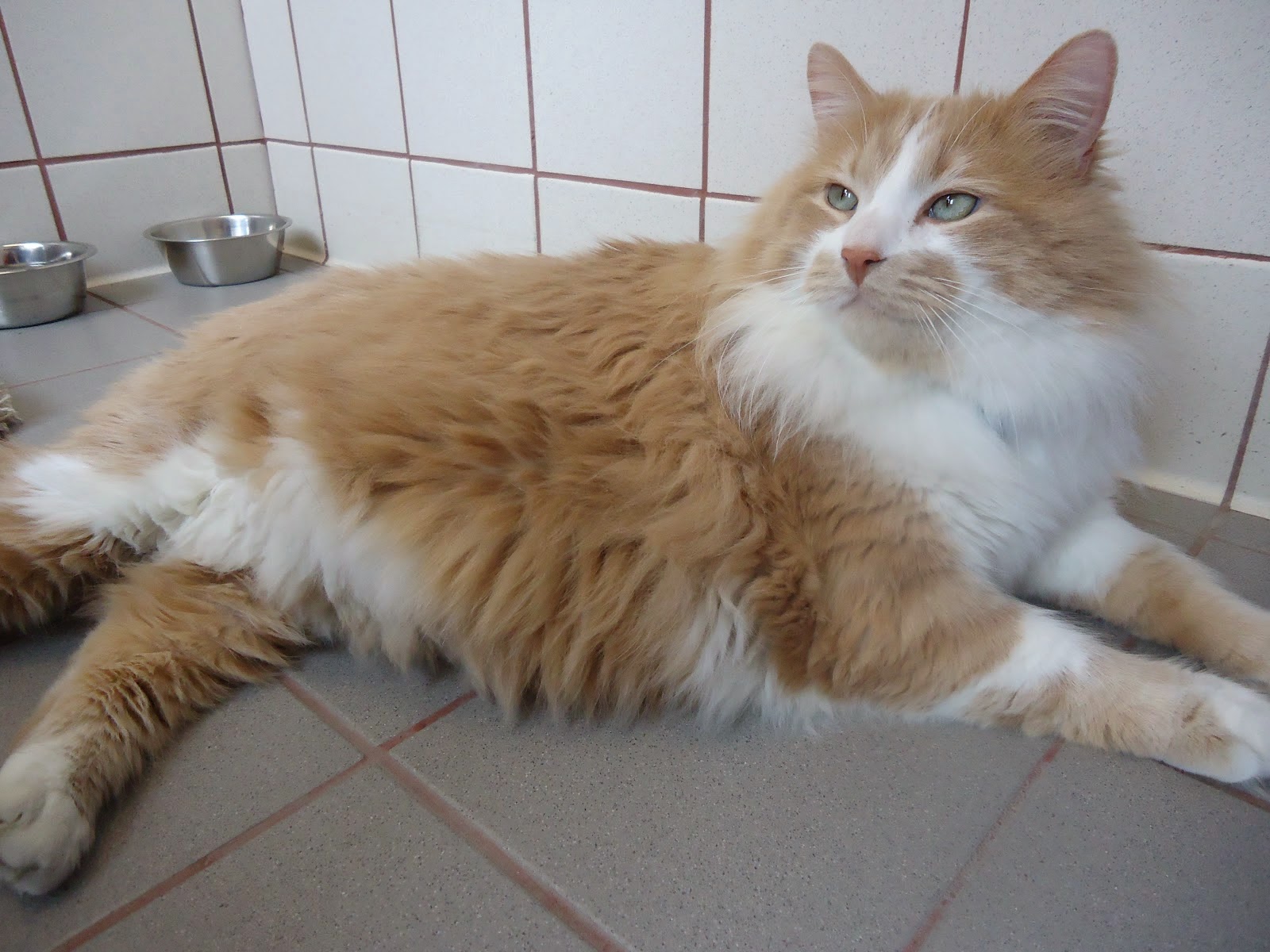 It has been a year since we met Orson at the shelter (photo above) and he stole our hearts. He knew before we did that he was destined to be part of our brood.

When T started talking about adding a third cat to our feline family I balked. Things were just starting to calm down between new siblings Oskar and Olive. I didn't want to add an unknown ingredient to a recipe that was finally working.

Since he moved in with us Orson's been on two diets and hasn't lost any weight. But he has pretty much gotten over his abandonment issues. He tolerates abuse from his playful brother (when he tires of Oskar's antics a swift kick to the head stops the rowdy behavior), and is protective toward elderly sister Olive (until she starts swatting him in an effort to take his food or his place on the couch. There are some things the Dude will not abide).

We didn't have a lot of information about Orson's background. He had one failed adoption in his pocket and the only thing written on his bio was "He likes to be petted." One year in, we know he loves rolling in catnip, he has a voracious appetite, he likes chasing strings and laser lights, and his favorite thing in the world (besides T) is napping on the couch with or without company. He is obsessed with ears, chewing on eye glasses and earbuds, and will run up and down the stairs if you promise him a treat. If there is human junk food in the house, he will find it. His mousing skills are a ballet of finesse and beauty... unless you are the mouse. He is strong enough to push a human out of bed (his way of showing me he'd prefer sharing the bed with one human, and that human is T).

Orson is a cosmic magical boy. He makes our house a home. He soothes Oskar and caters to Olive. Now if only he'd learn to share the bed. 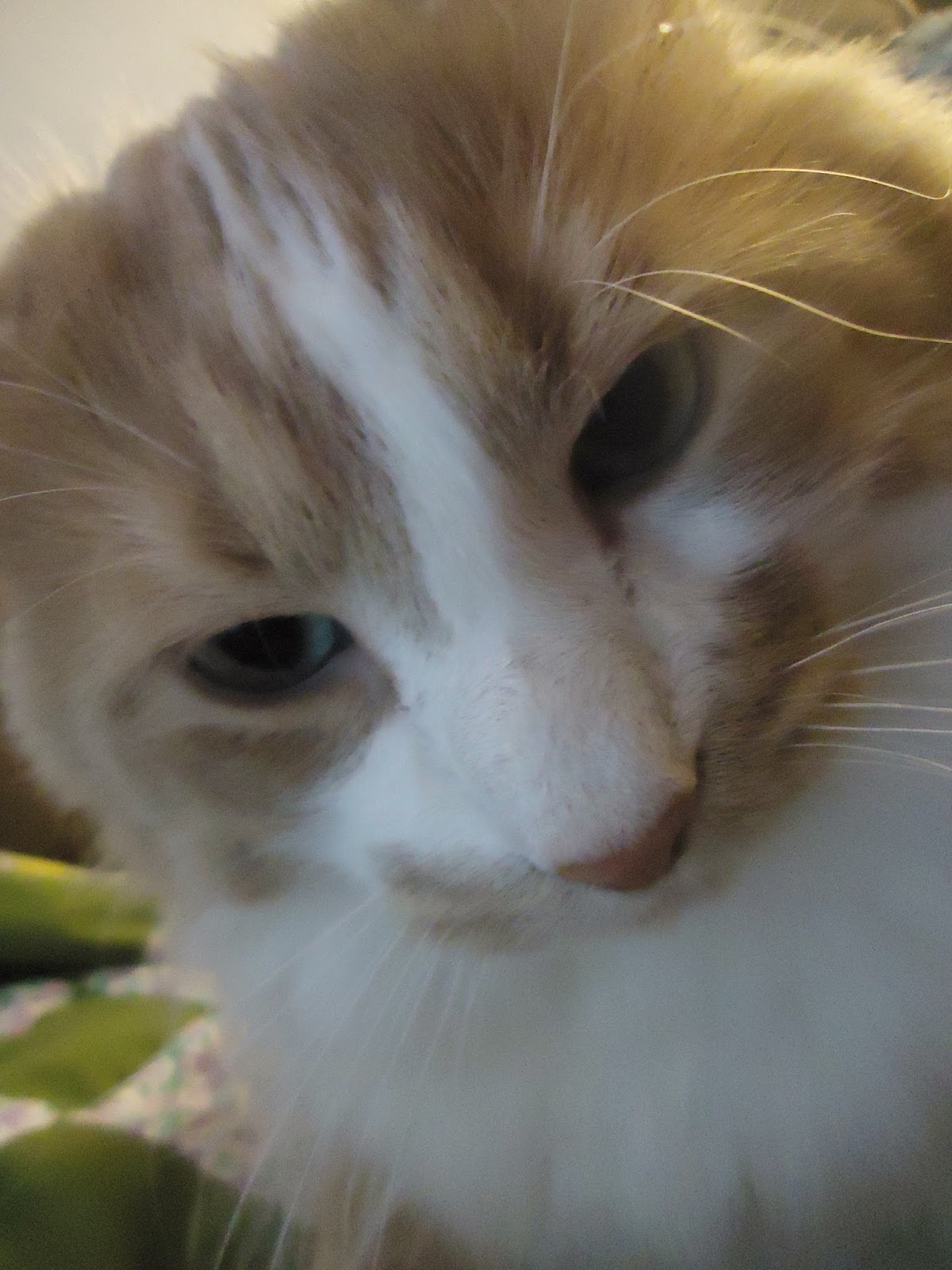 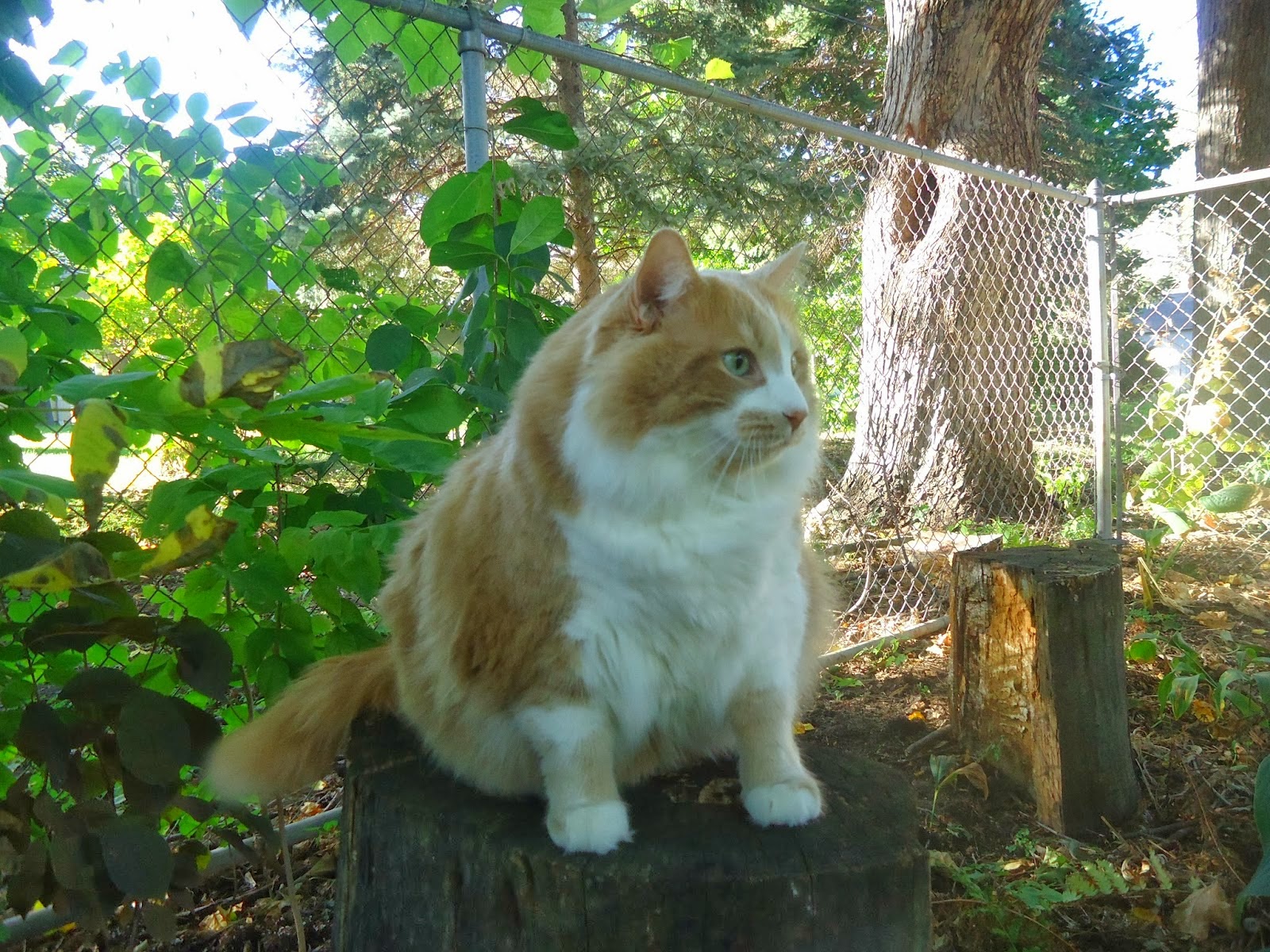 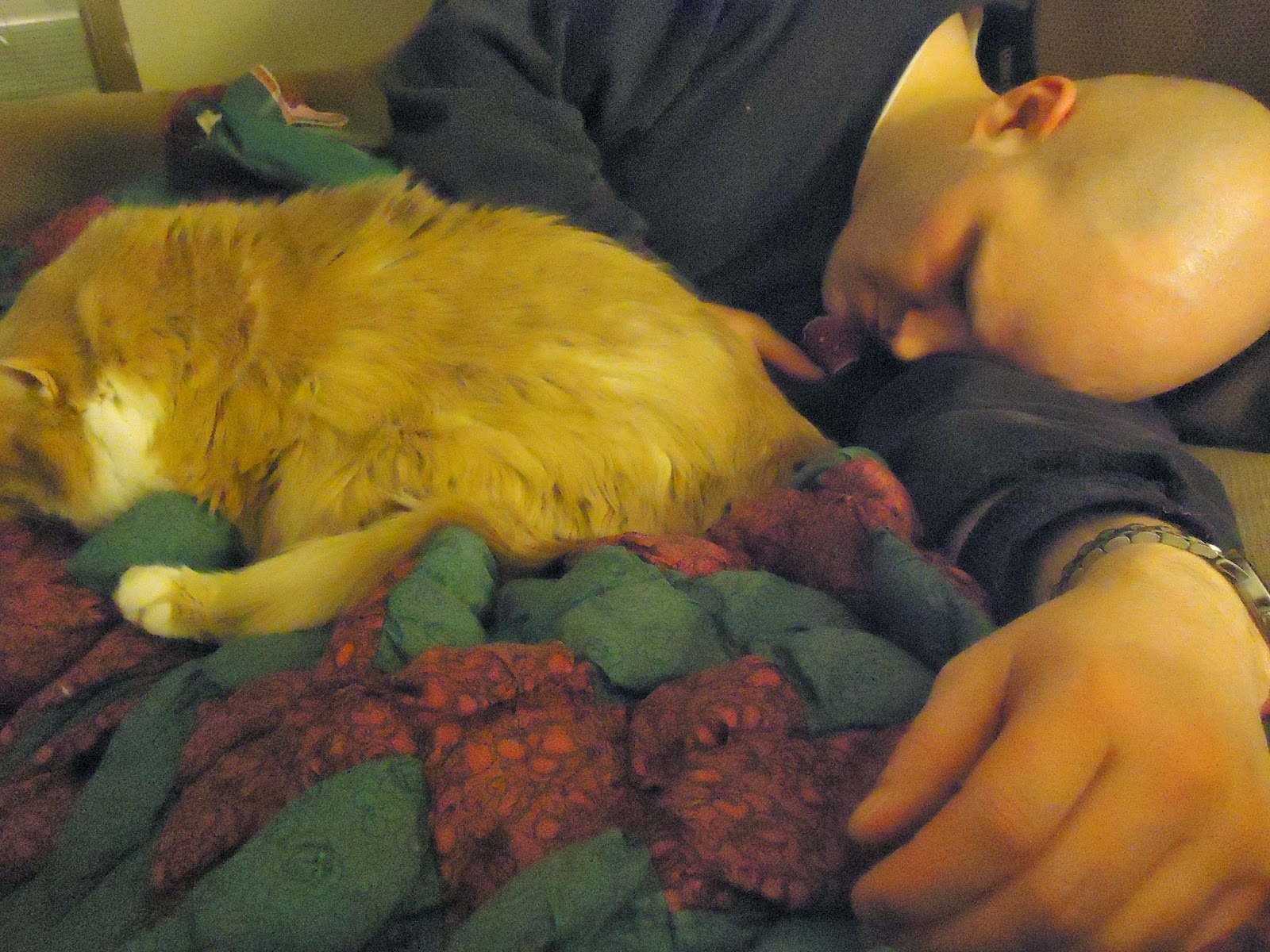 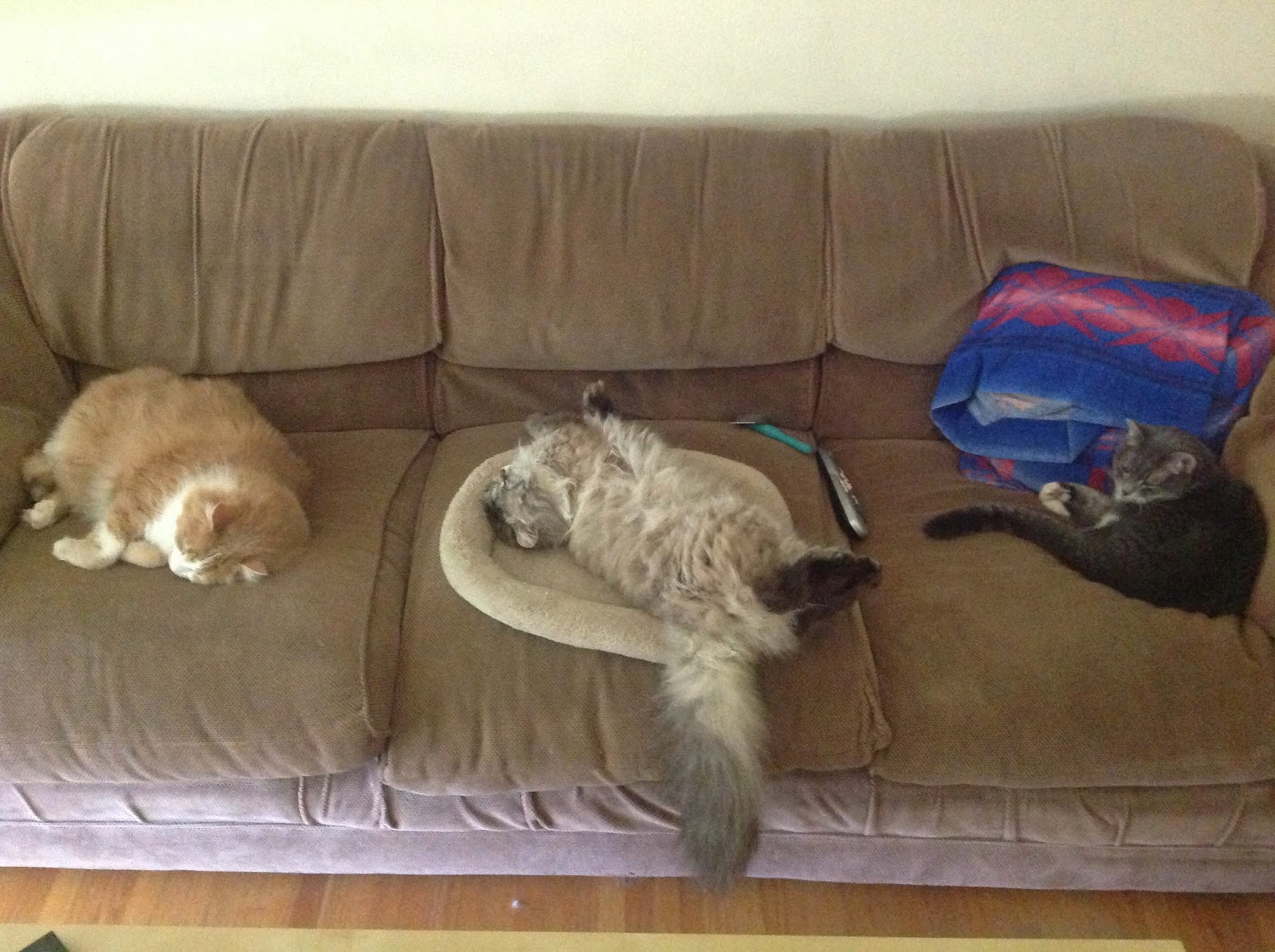