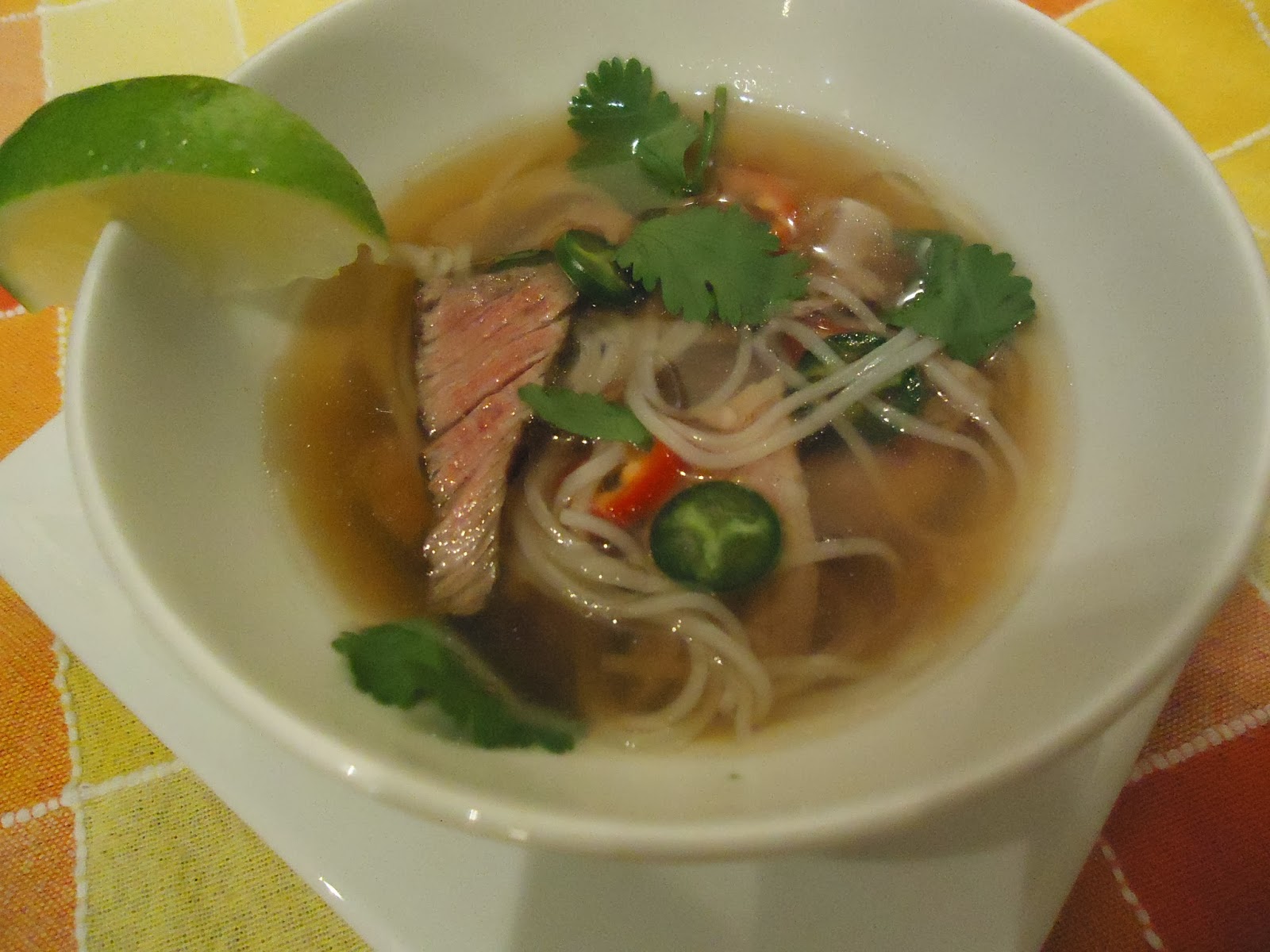 Jewish grandmothers may have the lock on the healing powers of chicken soup, but their Vietnamese counterparts have me fixated on the flavors of pho when I hit day two or three of a cold.

At Called to the Table today is a description of my first few visits to Pho 79, a Vietnamese noodle house near my office. A coworker was hooked on their noodle soup and he quickly got the rest of us addicted as well.

Infused with ginger, cinnamon, fennel, and anise, pho broth gently guides the ailing toward health while the heat of chili peppers and a splash of hot sauce shocks the sick germs and chases them away. Good rice noodle carbs and a bit of red meat give a body the energy it needs to tackle another day. Pho solves all ills.

When deciding on pictures to accompany my pho recipe I realized that front and center in nearly every shot was a bit of beef sliced incorrectly with the grain. I could blame my poor knife skills on a fever, but instead I offer this: We discovered pho about the same time that Tony Soprano became an antihero icon. Now it is impossible for me to talk about my beloved soup without dropping a few "Pho-get about it"s into the conversation. Ugly beef? Pho-get about it!

Combine all ingredients in stockpot and simmer 45 minutes (Alternatively, place in slow cooker and cook on lowest setting up to 8 hours.). Remove solids. Return broth to stockpot and bring to strong simmer.

In sauté pan over high heat sear steak until charred on both sides but rare in the center, about 3 minutes each side. Transfer to a plate. Add onions to pan and sauté 3 to 5 minutes. Slice steak against the grain into very thin strips.