Mrs. Beasley and me 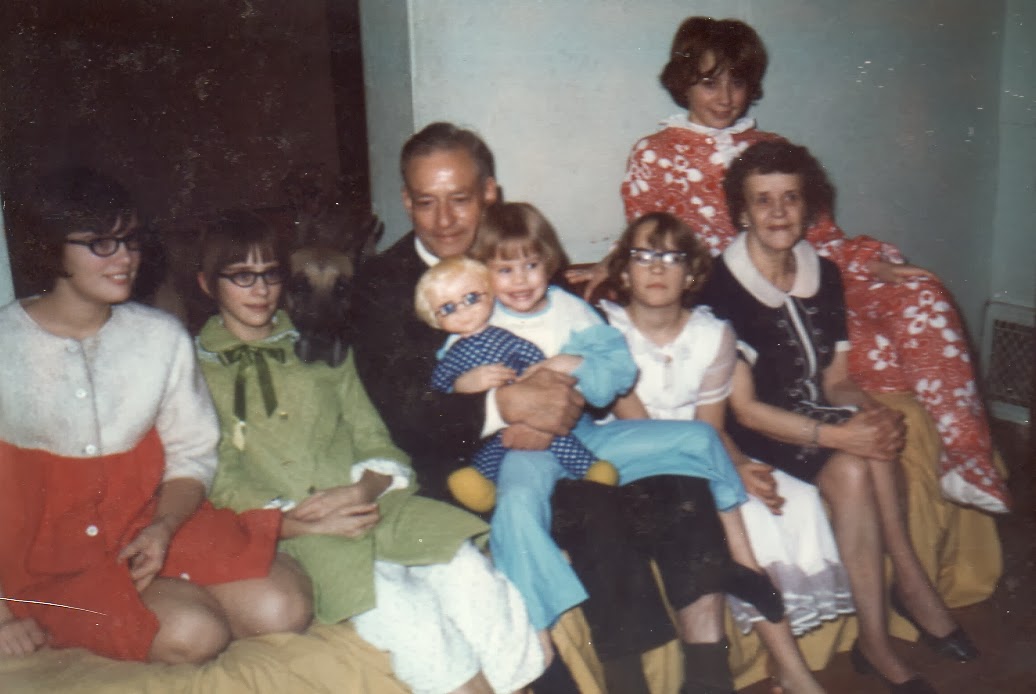 I've been holding a grudge for forty years. I will probably still be holding this grudge forty years from now. It began that fateful Christmas when Mrs. Beasley came to live with me.

Mrs. Beasley was the patron saint of little girls who loved Family Affair. She was my beloved elderly doll with detachable (black plastic) "wire rimmed" glasses that perfectly fit a kid's head. She had a string in her back that when pulled elicited questions like "Do you want to hear a secret? I know one." She gave me permission to wear her glasses, "Would you like to try on my glasses? You may if you wish." I tucked my pocket-Beasley doll into the waist of Mrs. Beasley's blue-with-white-polka-dots apron for safe keeping.

My memories of that day are probably warped from time and prejudice. I recall that my mom told me to leave Mrs. Beasley in the car when we arrived at my grandparent’s home and that I bragged to my girl cousin, the only kid younger than me at the event, that I had received Mrs. Beasley for Christmas. I recall my cousin and her brother begging me to retrieve Mrs. Beasley from the car so they could get a good look at her, and that they were particularly enamored with the pocket doll. I recall them tugging at the child-sized glasses as if they were a wish bone from the Christmas turkey while I screamed, “Don’t! You’ll break them!”

And I recall at some point being separated from my gray companion for a brief but fatal moment.

When we reunited Mrs. Beasley’s mini-me doll was gone, as were her glasses. Thankfully with my mom’s intervention pocket-Beasley was eventually found (Deliberately hidden behind a dresser or accidentally stashed there as my cousin claimed? No matter, she was found and never left Mrs. Beasley’s apron again.). The glasses remained missing, and my cousins mocked the pain of my loss. “You have the doll, and the little doll, what do you need those old glasses for? You are spoiled.”

For days, weeks, months, (yes, decades), I sustained nightmarish thoughts of my cousins taking turns wearing Mrs. Beasley's glasses, cackling together as they tugged-of-war with the faux wire-rims. In my feverish sleep I cried out, "She didn't give you permission to try on her glasses! She only gave ME permission!"

Poor Mrs. Beasley lost her zest for life. She seemed to deteriorate right before my eyes. She loved reading and without her glasses that was no longer possible. I didn’t bury her al a Tootie in “Meet Me in St. Louis,” but things did get pretty dire for a while. I made temporary glasses for her out of various household item like paperclips, bottle caps, and tape and eventually Mrs. Beasley was able to pull out of her depression.

A few years ago I asked my older male cousin what happened to Mrs. Beasley's glasses. He claims no memory of the incident. Likely story.

Anonymous said…
So funny! On the flip side, one of my cousins had a Mrs. Beasley when we were little, and they were moving out of state and having a yard sale before they left, so she felt it was her duty to part with some of her own belongings to contribute to the sale. Knowing how important Mrs. Beasley was to her, my sister made off with it, so our cousin thought she had been sold. My sister when wrapped her in bandages, etc. and wrote a long letter about how she found her family again and all that had happened along the way - and mailed it off to her. Now that I think about it, that would have been a cute children's book. My sister is a fabulous artists and would have done great illustrations. Oh well! Seems a lot of us have Mrs. Beasley memories. And don't get me started on Mr. French lol. ;)

patrice said…
Hi Chris! My Mrs. Beasley ended up in a basement flood and sadly molded to death. She lived a rather long life, considering all she went through. Does your sister still have her Beasley?
January 12, 2014 at 3:54 PM