T, Olive, and I welcomed a new little guy into our family this week. After months of scouring the Internet and a weekend of shelter visits we decided on a laidback tabby named Pierre.  Monday we went to pick him up and were told he had been adopted just minutes before our arrival.  Devastated, we thought perhaps a new cat wasn't in our future just yet.  We took one last look at the new arrivals to assure ourselves of that, and the staff was moving a gorgeous, fluffy, very loopy (eyes dilated from nuetering undergone earlier in the afternoon) Himalayan into his crate.

I've always believed that whether you are meeting the love of your life or your new pet, you know in an instant. But this seemed just too good to be true. A young Himmie for adoption?  We asked the staff dozens of questions about him, and still leery, placed a hold on him so that we could visit the next day when he was down from his drugs.

As soon as we got into the meeting room with this little buddy, we knew he was our guy.  He was friendly, playful, affectionate, and amazingly good natured considering all he'd been through in less than a week.  Now he's home.  With us.  As yet, unnamed (he came with the moniker CoCo).

If it wasn't for Pierre, we wouldn't have been in the right place at the right time. I bet he is with the family he was meant for, and we are with the cat meant for us. Yes I am a little gushy right now. Am just grateful that Karma is often kind. 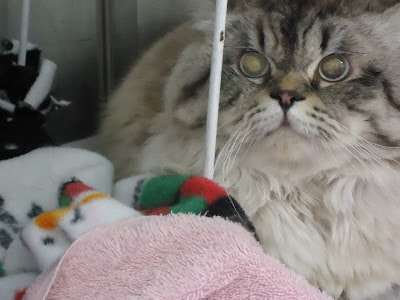 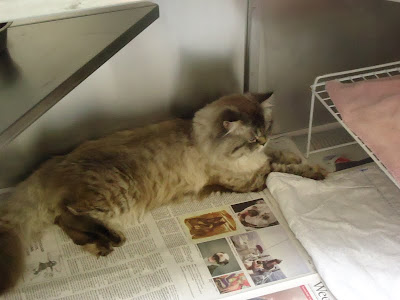 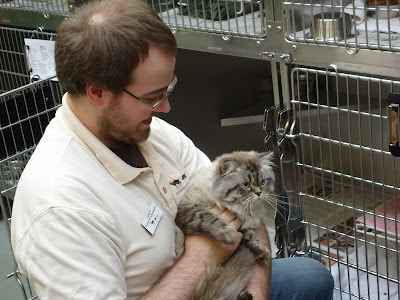 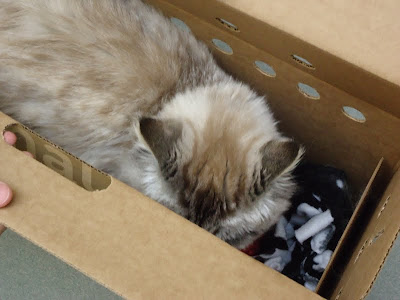 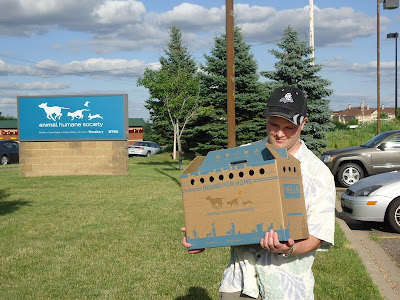 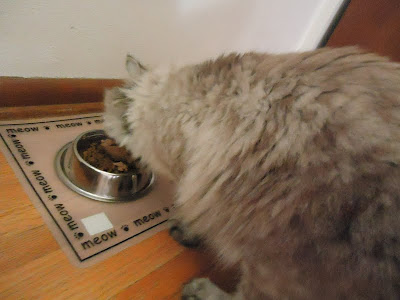 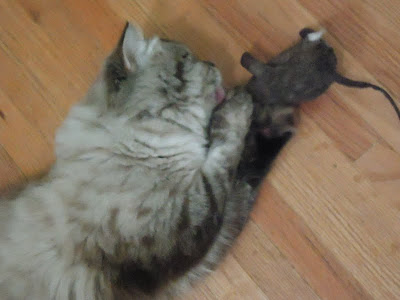 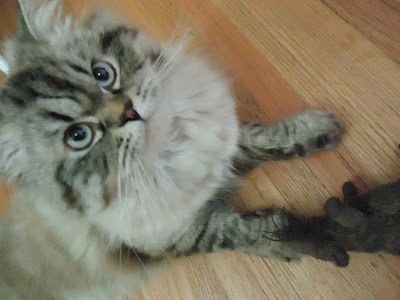 Anonymous said…
Congratulations on your new addition! I am a firm believer that everything happens for a reason and when one door closes, another one opens. It sounds like your adorable new kitty is the perfect example of this. Now the only question is, when are you inviting me over to meet him?! *grin*
July 18, 2011 at 3:09 PM