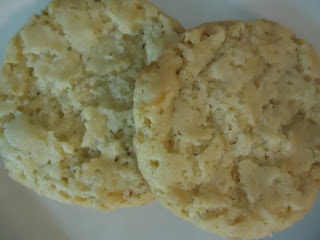 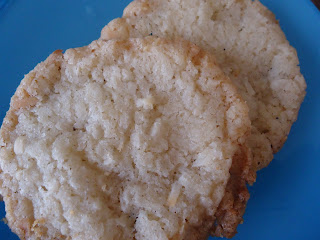 Today's post is one part Sesame Street sing-along with "One of these things is not like the other," and one part Kitchen Confessions.

European and Scandinavian recipes commonly call for ammonium carbonate.  In America, baking powder and baking soda are far more common.  As yet I have been unable to find out why the switch was made.  Likely baking powder's popularity is due to the marketing and distribution efforts in the later half of the 19th century which made it widely available to housewives and cooks across the states.

Be forewarned that the ammonium carbonate releases a foul ammonia odor as soon as it hits the mixing bowl.  The odor dissipates and leaves no odd taste or smell in the baked product, so I'll keep a container of ammonium carbonate in the cupboard alongside the baking powder for future baking experiments.
Email Post
Labels: dessert pop culture Swedishness