Grandma's Meatballs Are Still The Best

It is acknowledged across Sweden that "Mom's meatballs are the best." When Svenskarnasdag Princess Tatiana Hakansson told us, "None of these meatballs match up to my grandmother's," did she know how profoundly universal her opinion is?

After the morning's ground breaking ceremony for the new addition, Saturday afternoon at ASI's “How Swede it is!” Family Day brought together Tatiana, Star Tribune columnist Barbara Flanagan, and PBS's Donna Erickson on stage with ASI President/CEO Bruce Karstadt as meatball judges. They shared their meatball memories and stories, which were just as humorous as any lutfisk lore I've ever heard.

T and I tasted the three competing meatballs so quickly that I forgot to take a before photo.  What a surprise how different each meatball tasted.  One was a dark, meaty, manly combination of beef, pork, and veal.  One was light, almost feminine, with a creamy texture.  The other was mine (described by Princess Tatiana as "mushy" and by Bruce as having a hint of allspice).

The Swedish meatball is an icon of smörgåsbord and holidays.  We inherit recipes and techniques from our great grandparent's, or parents, or neighbors.  Through the recipes we share their histories.

For those of us selected as finalists in Saturday's event, the staff at ASI asked for a few sentences describing where our meatball recipes came from.  Here is my meatball story:


This is not a sacred family recipe passed down through the generations.  Sadly, I do not have our Great-grandmother's recipe.  And my dad's meatballs were sort of heavy and burned; an acquired although not completely unpleasant taste.
For this recipe I borrowed the best ideas from the recipes I've researched and added some globally inspired ingredients.  These meatballs are the love-children of old traditions (like adding rice potatoes to the raw meat, cooking the balls in lots of butter, and using lingonberries in the sauce/reduction) and new ones (such as the additions of fresh ginger, Panko, and Sriracha).  Modern Swedish food is influenced by an immigration population as well as by wide travel among Swedes.  I wanted this recipe to represent both the old and new "faces" of Sweden.
After my name was announced as the grand prize winner, I smiled through half an hour of photos with my competitors and the judges.  I was thrilled to speak with the University of Minnesota's legendary Shirley Barber and to meet Donna Erickson.  It was later in the car that I realized there was a bit of lingonberries stuck in my teeth.  Humility's lessons are not lost on me. 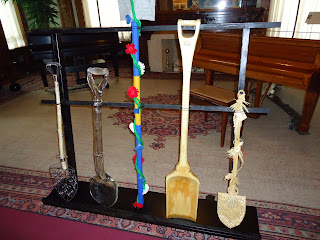 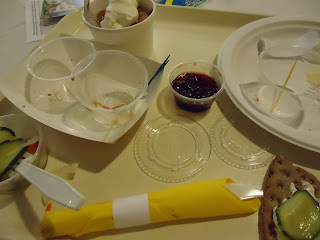 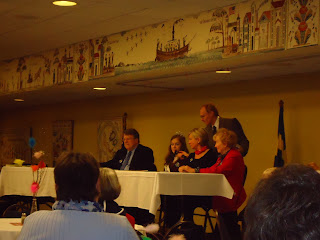 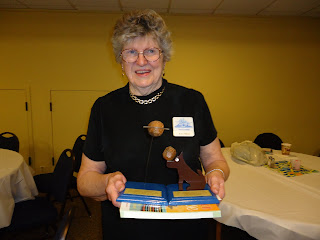 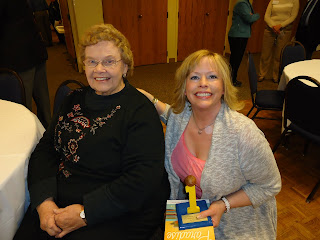 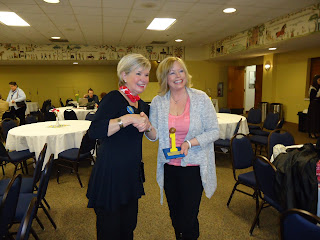