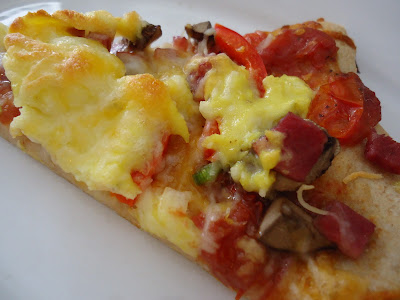 I became restaurant-aware when my parents divorced.  My newly single father was a phenomenal fryer and had a lifetime membership to his local Pop Shop, but kids cannot live on frozen burritos deep-fried in butter and endless supplies of root beer, sarsaparilla, grape, orange, ginger ale, and cola flavored sodas.  Although throw in a bag of Cheetos and most of us could suffer through a few weekends each month.

Saturday night quickly became supper club time, and Dad and I ate our way across the Twin Cities.  Lobster, breaded shrimp, beer batter walleye, baked potatoes with sour cream, and one of those fancy little green salads topped with three croutons, a cucumber slice, and one cherry tomato became a bi-monthly ritual.

Kitchen experiments with friends catapulted me into food snobbery, when I realized homemade-fresh-and-from-scratch nearly always trumped pre-fab.  During college, we all had restaurant jobs, and we rated one another by which establishment we worked at.  Got a job at Guadalaharry's?  You had an awesome sweet gig. Working the McDonald's drive through?  Not so cool.

When Sidney's opened in Uptown, one of our friends scored a gig there, and it became something of a hang out for the rest of us.  In its hey-day, Sidney's represented a new 1990's food philosophy; lots of garlic, olive oil, cream sauces, warm crusty bread, and bottles of wine with labels we'd never heard of before.  Fresh pastas and wood-fire roasted pizzas were a specialty, especially during brunch when the cooks tossed in scrambled eggs.  Eggs and pasta for breakfast!  Why didn't I think of that?!

There has been a resurgence of egg topped pizzas lately.  Unlike Sidney's scrambles, most of them are topped with whole eggs, cracked over the hot pies and quickly returned to the oven.  I prefer the old-fashioned scrambles.  To celebrate the beginning of spring break, T and I spent a lazy weekend morning leisurely enjoying breakfast pizza and old movies.  With the world crashing down around us, a return to the early 90s felt kind of nice.

Roll or shape dough into thin sheet; cover with 2 cups of shredded cheese; par-bake 15 minutes in preheated 400 degree oven, until cheese is melted and crust beginning to crisp.

While crust bakes prepare the tomato sauce and potatoes:
Heat tomatoes, garlic, 1/4 cup olive oil, and wine to simmer; cook over medium heat until tomatoes break into a thick sauce. Stir in pizza seasoning and remove from heat.

Melt 1 teaspoon butter and olive oil over medium heat in a non-stick pan; add potatoes, shallot, and jalapeno and cook until bottom is crisp and brown. Salt and pepper to taste. Flip potatoes and continue cooking until both sides are crisp and brown. Remove from heat; break into large chunks.