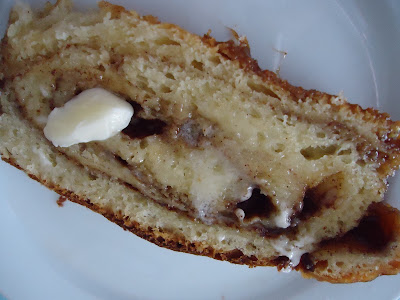 A national shout out to my favorite local grocery store on last night's episode of How I Met Your Mother caught me by surprise.  Marshall is visiting his family in St. Cloud Minnesota, and his mother asks if he needs anything from the market.  "I'm going to Byerly's," she tells him.

(T was playing video games in another room.  "THEY JUST MENTIONED BYERLY'S!" I shouted.  He didn't hear me above virtual Nazi gunfire, as he lead the Allies to another victory in France.)

From Fargo to the Golden Girls, movies and television often portray Minnesotans as quirky but lovable goofs.  And being a quirky but lovable goof myself, I am OK with that.  When I hear an actor draw out his OA to simulate a MinneSOAta accent, I recognize myself and so much of what I love about being Minnesotan.  Traits that we hope to see in ourselves translate into entertaining stereotypes.  Marshall from HIMYM, who appears enormous compared to the petite actors standing next to him on screen, and his giant-sized brothers are stereotypical corn and milk-fed farm stock, able to withstand freezing temps and hard work.  Minnesota Nice is spoofed as often as non-Minnesotans tell me it doesn't actually exist.

Of course, the quintessential Minnesota typecast only exists in entertainment.  Lake Wobegon's population is made up of white folks who attend Lutheran church services and love to ice fish, but elsewhere in our state there is diversity.  The majority of us are not blonde, not Scandinavian, not Lutherans.  And probably a majority of us don't pronounce our state as MinneSOAta.

But when my hometown grocer rates a mention on a popular TV show coincidentally during the coldest week of the year, I feel pretty darned connected to the rest of you.  How about we head over to the Byerly's and grab a gallon of whole milk?

In honor of this triumphant event, make this Byerly's inspired Cinnamon Swirl Bread.  It is T's favorite.  Whether you buy a loaf from Byerly's bakery or try my recipe, use leftovers to make French toast (perhaps after your next game of Call of Duty).

Combine eggs, sugar, butter, and buttermilk in bowl of stand-up mixer and combine using whisk attachment until smooth. Add half the flour, yeast, salt and whisk until combined.

Transfer to a lightly oiled bowl and cover until dough rises about twice in volume, about 2 - 3 hours.

Butter bread pans (or cake pan if you are making rolls).

Gently turn dough out on to lightly floured work surface. Shape dough into 18 x 12 inch rectangle. Press filling into dough; leave 1/2 inch border along the top edge. Roll dough into tight 18 inch cylinder and gently press to make it uniform thickness. Slice in half for two bread loaves and place in pans (or slice into 12 1 1/2 inch rolls and arrange, cut-side down, in prepared pan). Cover tightly with plastic wrap and refrigerate overnight or up to 16 hours.

Remove bread from refrigerator, uncover, and place in turned-off oven. Fill a shallow pan with boiling water and set on rack below bread. Close oven door and allow bread to rise until it looks puffy, about 30 minutes. Remove pan of water and bread; heat oven to 350 degrees. Bake bread until golden brown and hollow sounding when you thump the crust (internal temp should be 190 degrees), about 45 minutes (rolls will take about 30 minutes).